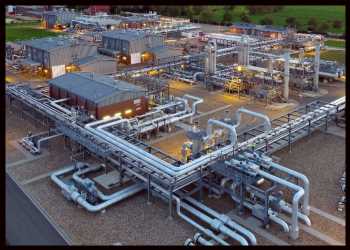 The International Energy Agency head believes that Russia is behind the high price of gas. Fatih Birol blamed Gazprom, the state-owned gas supplier for suppressing one-third of its sending capacity which has been affecting the gas price and storage.

“In terms of European gas … we believe there are strong elements of the tightness in European gas markets due to Russia’s behavior,” said the executive director of the Paris-based agency. Blaming the supplier for cutting down 25% of its supply to Europe in the fourth quarter year-over-year, Birol added, “Contrary to other pipeline supporters, such as Norway, Algeria, and Azerbaijan, which increase their supplies to Europe, Gazprom reduced its exports to Europe by 25%.”

Putin, according to reports, has played the ball back to the European watchdog claiming that Gazprom has met its obligatory supplying requirements. According to Putin, the decision-making of the European officials is to be blamed for the high gas prices. Putin has also alleged the German gas customers of selling Russian gas to Poland and Ukraine, which has made the crisis even worse.

Sources also believe that the bitter winter last year has also contributed to the storage crisis of gas in the EU, coupled with the countries’ over-dependence on perishable energy.
However, the main discord is believed to be in the current political unrest between Western Europe and Russia. Russia wants the EU to ban Ukraine from the NATO alliance. Russia has also increased the number of troops on the Ukraine border which has created a very sensitive situation in Western Europe as a cloud of war looms large.

Russia’s newly built Nord Stream 2 pipeline to send gas directly to Europe has also been opposed by Ukraine, Poland, and the United States. Hinting at the situation, Birol said, “I would also note that today’s low Russian gas flows to Europe coincide with heightened geopolitical tensions over Ukraine. I just wanted to highlight this coincidence.”

The underground gas storage facilities are only at their 50% capacity and Birol believes that it is going to create more chaos as the heating season carries on. “Uncertainty over price and supply remains high, with most of the heating season still to come,” Birol said
The people in the know believe that the gas supply needs to go up by 10% to support the requirements in case of extremely cold weather. Gazprom owns only 10% of the EU’s storage capacity but has been accounting for half of the deficit currently.