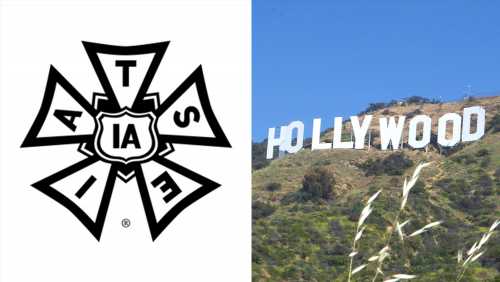 IATSE members have ratified their new film and TV contracts, averting a showdown with the Alliance of Motion Picture and Television Producers after contentious negotiations that began six months ago. However, union leadership suffered a harsh rebuke as LA locals rejected the deal in the popular vote.

“From start to finish, from preparation to ratification, this has been a democratic process to win the very best contracts,” said IATSE International President Matthew Loeb in a statement today. “The vigorous debate, high turnout, and close election, indicates we have an unprecedented movement-building opportunity to educate members on our collective bargaining process and drive more participation in our union long-term.”

Under the electoral college system the union uses for such ratification vote the much closer that usual vote was 359 (56%) to 282 (44%), out of 641 total delegate votes from the the grand total of 36 local unions national wide that were eligible.

Like more than a few recent Presidential elections, the razor thin popular vote results should be a particular matter of concern to Loeb and the rest of the union leadership – especially in LA.

Overall, 50.3% voted yes to  49.7% voted no for both contracts. For the Basic Agreement, eight of the 13 LA-based locals voted yes with a stunning five locals rejecting the deal. Among the Area Standards local unions, 14 locals voted yes and nine voted no.

The actual breakdown of which locals voted yes and which ones voted no was not reveled by IATSE. However, we do know that the Editors Guild, which rejected the 2018 deal, and the Arts Director Guild did vote to pass the 2021 Basic Agreement.

In the end, 72% of the 63,209 eligible member cast digital ballots this weekend, according to IATSE.

There were actually two separate contracts that were ratified: the Basic Agreement, which covers 13 Hollywood locals, and the Area Standards Agreement, which covers 23 locals outside of Los Angeles. For the LA centric Basic Agreement, the vote was 256 voting for the deal that IATSE made with the AMPTP last month yes to 188 no. In regards to the non-LA based Area Standards Agreement the yes vote was 103 to 94 no votes for the more recent deal.

“Our goal was to achieve fair contracts that work for IATSE members in television and film—that address quality-of-life issues and conditions on the job like rest and meal breaks, Loeb added today in somewhat contrite remarks “We met our objectives for this round of bargaining and built a strong foundation for future agreements.”

One member put it much more bluntly to Deadline: “2024 is going to be a showdown!”

IATSE leaders had called the three-year agreement a “landmark” deal “that meets our members’ needs,” but many rank-and-file members took to social media and town hall meetings to express their dissatisfaction.

In the end, however, enough members sided with their leaders, providing a muted win for IATSE chief Loeb and local leaders who had unanimously endorsed the deal. However, the tight result reveals frictions in the union as younger member especially seek stronger actions from their leadership

In that vein, the now passed agreement was struck just hours before a strike deadline that would have shut most of Hollywood down.

Voting by the union’s more than 60,000 members on the tentative agreement that IATSE and the producers unveiled  on October 16 ran from early on November 12 until until 8:59 PM PT/11:59 PM ET last night. Coming off the strike authorization vote of early October where 90% of members gave the union leadership at 98% mandate, turnout for the ratification ballot was almost double than the last contract vote of three year ago.