Home » Business » ‘I did this to prove a point’: Mom arrested for posing as 13-year-old daughter at school 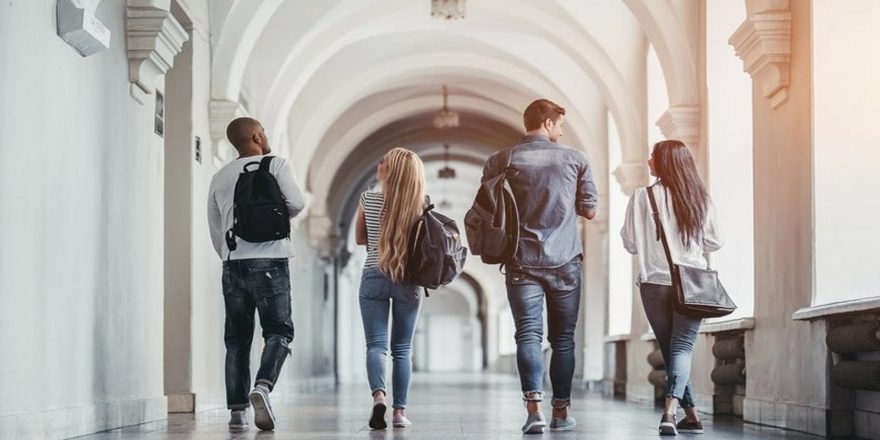 ‘I did this to prove a point’: Mom arrested for posing as 13-year-old daughter at school

EL PASO — A 30-year-old mother who was arrested after posing as her daughter at a Texas middle school says she did it to push for better security.

She also was arrested on an unrelated traffic warrant.

Several posts were made on social media documenting her posing as a student, officials said. An investigation led to two warrants being issued for Garcia’s arrest.

In a YouTube video titled, “Why I posed as my 13 year old daughter. A raw but real answer,” she says she dyed her hair and used skin tanner to pose as the girl.

She says that after she was asked for her ID number at the school and whether she had signed in, she was allowed inside. She said school staff was more concerned about her phone being out than in who she actually is.

She praises her daughter’s teachers, but says it is a problem at all schools.

“I bet you anything someone else can do this,” she says in the video. “This is why I did this — whether you agree with me or not.”

Later, she says: “I think the deal breaker for me was actually walking in and posing as a seventh-grader. I mean, I’m no spring chicken, but it wasn’t hard. And I made it to all seven periods, until the last teacher, she was female, and she said, ‘Julie, can you stay after class?’ And I said absolutely. She looked at me and she (said), ‘You’re not Julie.”

Garcia says, “I think she was really mind boggled, like she had no idea what the hell just happened.”

Says she posed as daughter for a social experiment

She adds: “I said for a social experiment. I wanted to see if I could make it the entire day without anyone noticing. I’d say up until seventh period, I think that’s a very long day for a 30-year-old.”

Garcia says, “I did this to prove a point. I proved I could get through the public school system.”

She adds: “I ate lunch without my mask on. I mean, I thought that was going to be the deal breaker, but it’s not.”

Appearing to remark on the feedback she has received online, she says: “Somebody commented that I look 35. That was rude.”

She explains her motivation.

“I’m telling you right now, we need better security at our schools,” she says in the video. “This is what I tried to prove.

She said that during her day at the school, she was nervous, had trouble breathing and wanted to throw up after every class.

As to why she stayed, she said: “I stayed because look, no one noticed I was there. That is a problem.”

She then talks about mass shootings.

“The first one should have never happened,” she says, adding, “I think we that need metal detectors. I don’t think that backpacks are a good idea.”

Active shooter drills: Kids going back to school in a pandemic are met with another trauma

She said she understands that some parents might see the situation as “weird.”

“Are you more concerned that I, a parent, was sitting next to your child or do we really want to wait for the next person taking their Second Amendment right to the extreme?”

She says, “I didn’t do this for any other reason but to prove a point.”

She declines to name the school throughout the video. Instead, she says, “I’m proving a point that this is with all school systems, private school, public school, it doesn’t matter. We have a problem. There have been one too many mass shootings in schools.”

She also comments on the stir her action has created.

“This has gone way too far and my integrity is definitely being put into play, so might as well just … God gave me a strong personality for a reason. Here it is.”

She says: “I exposed the dangers of our schools and I am trying to protect my children and yours. If you want to come after me for that, there’s really nothing else I can say.”

She apologizes again to the school and says the people there have been nice to her and her daughter.

She says if she can help prevent another school shooting by her push for metal detectors and improved security, then all the hate that has been directed at her will have been worth it.

Deputies assigned to the School Resource Officer Section arrested Garcia at her home in San Elizario.

Garcia was booked Friday into the El Paso County Jail on bonds totaling $7,908. A jail log shows she was released later that day.