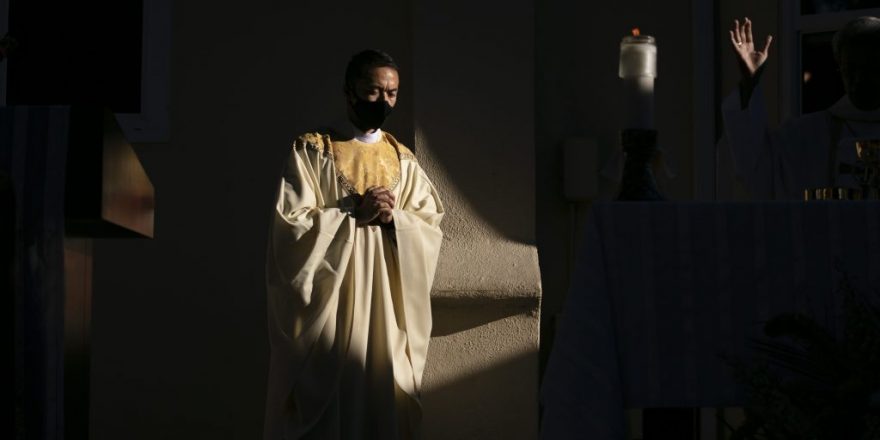 A Los Angeles County Public Health official revealed on Wednesday that 806 deaths related to Covid-19 went unrecorded due to an overwhelming volume of the public death report forms used to track causes of death.

“There were a number of deaths not reported through the standard public death report forms, but later identified,” said county Public Health Director Barbara Ferrer. She said the daily data since December would be backdated to reflect the actual number of deaths on each day.

For a sense of perspective, on Jan. 10 Ferrer said the county’s seven-day average of daily deaths was 179. That period corresponds with the winter wave’s peak in terms of lives lost. So the unreported loss of life announced on Wednesday amounts to four-plus days worth of deaths during the pandemic’s peak.

From the onset of the pandemic, California Governor Gavin Newsom has said the region’s Covid-19 response would be “guided by data. But the state’s data has been beset by problems throughout the pandemic.

Last August California’s top health official Dr. Mark Ghaly held a news conference and admitted that multiple errors on the state’s part had caused a backlog of 250,000-300,000 records in its case data reporting system. That system was used primarily to parse and distribute coronavirus data. At least two weeks worth of data was impacted at a time when officials were still trying to understand the virus’s spread. California’s Director of Public Health resigned shortly thereafter.

Then there was the January loosening of restrictions, which was welcomed by Newsom critics but puzzling to anyone trying to follow the logic of the shutdowns. LA County’s Simon, when asked by Deadline if he understood how the state calculated the ICU thresholds by which regions were kept closed said, “I can’t really comment. I haven’t seen the news. I’m not really sure what considerations were made in that threshold.”

Simon’s answer came on the heels of a bombshell report from the Associated Press alleging that Newsom’s administration had been keeping secret the data calculations by which it has justified one of the country’s longest and most stringent lockdowns.

On Monday, the California Department of Public Health announced “significant” unnamed deficiencies in the $120M Valencia Branch Laboratory launched with much fanfare late last year by Governor Gavin Newsom. The deficiencies were discovered during an initial routine inspection in early December. It is not the first time the facility has had issues.

Less than two weeks after California Governor Gavin Newsom announced the opening of the giant state COVID-19 testing lab in Valencia, the facility’s launch was marred by an unexpectedly high number of inconclusive test results.

And then there are the more recent data blind spots in regard to vaccine allotments.

In January, President Joe Biden promised to provide state and local health officials a three-week window into how many vaccine doses were on the way. As of Wednesday, that promise had not yet been fulfilled in the nation’s largest county, meaning local officials could not set appointments for the following week, much less three weeks in advance.

“Today is Wednesday and we have no idea how many doses we’re going to get next week,” said LA’s Ferrer. “Right now we’re still operating week to week.”

In the past few weeks, Newsom has repeatedly cited specific allocations that the state would be receiving in the next three weeks, so he knows. But those details are not reaching officials on the ground in the state’s largest county — and elsewhere.

Newsom said recently that states will get that three week visibility window once Blu Shield takes over the state’s vaccination appointment system on March 1. In the meantime, local officials have been left to fend for themselves.

“Theres going to be some whitewater, a little head wind,” said Newsom this week about the transition. “We’re hoping to eliminate the bugs.”