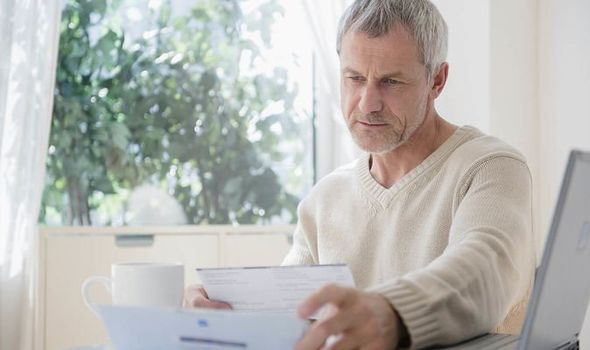 The money was for home improvements and to cover an existing debt. The lender is Prestige Finance. In the course of borrowing £25,500 plus £3,000 in fees, Maurice tied himself into repaying almost £85,000 over 20 years. What began as a 9.90 per cent interest rate grew to 13.97 per cent. Compounding of this rate occurred and then Maurice it now seems was paying interest on interest.

While bitterly regretting his decision, Maurice also believes the way the agreement was sold to him was deeply unfair, from its complicated repayment terms and small print charges to the lack of help sometimes when he did seek it.

++ If you’ve been affected by this issue or feel you’ve been a victim of injustice, please contact consumer and small business champion Maisha Frost on [email protected] ++

“I’ve failed too to keep up and fought an eviction notice before but it’s getting beyond me,” Maurice, who has a nine-year-old child, admitted to Crusader when asking for our help to keep the roof over their heads.

It was he who first approached a broker, according to Prestige called The Loan Express Company, which the handled the arrangement. Maurice says he was encouraged to bump up his earnings to improve his credit profile and once the company was in contact everything was very rushed.

Practices and lending criteria were different 13 years ago.

But in the view of an independent expert Crusader has consulted Maurice’s repayment terms were high even for those days.

“It was likely he would have always struggled to pay, fall behind and never catch up,” the expert commented.

Bitterly regretting what occurred, Maurice also agrees, reflecting “I should not have let myself been so easily persuaded”.

In the past weeks while Maurice took a repayment breather available to some borrowers as a result of Covid, Crusader asked Prestige to review the arrangement.

To find out property details in your area, please fill in your postcode below.

There will be no interest to pay going forward, although some will still exist on arrears.

“We have as gesture of goodwill written off all of the fees and charges that were applied as a result of Mr O’Reilly not maintaining payments,” Prestige said. “We are keen to work with him to discuss his current circumstances.”

But Maurice has just had a further blow – his work hours and earnings are to be halved.

“I can’t afford this new offer,” he said, stressing: “I’m not trying to wriggle out – I’ve tried my best over the years and I’ve paid a lot already. It would be wrong for them to seize our home.”

Maurice has now contacted The Financial Ombudsman (FOS). It can consider consumer complaints concerning lending decisions and how someone has been treated when in financial hardship.

Taking out a second mortgage – know the risks beforehand

As Covid restrictions continue and money gets tighter, people are turning to the value in their homes to ease the pressures.

But taking out a second mortgage is a complicated minefield, one that needs extra careful consideration.

Calculations are monstrously complicated and life-changing – ultimately that means repossession – if you don’t get them right.

Here he explains what you need to know and who to consult.

How is Boris Johnson handling the coronavirus crisis? Vote in our poll

The first steps for anyone thinking of a second charge loan should be to fully explore whether or not a further advance with your existing lender is a possibility or, via an independent whole of market broker, and a remortgage to a new lender for all the funding is a possibility as well.

This is because second charge lending tends to have higher interest rates and fees than for a “normal” mortgage.

If neither of those options are a possibility then the next step should be to understand why not and decide if the issue can be improved sufficiently quickly enough to enable one of those two options.

This is to try to avoid the often relatively expensive borrowing using a second charge lender.

The reason second charge loans are more expensive is to reflect the higher risk for the lender.

If there is not enough money form the proceeds of the sale then the second charge lender would miss out and pursue the borrower for any outstanding sums.

Once the decision has been made to go for a second charge loan the applicant(s) should consider using an independent whole of mortgage broker for the second charge application.

This is because there are quite a few providers for second charges who, like for normal mortgages, have different products with different interest rates, fees and features.

The adviser will not only help them navigate these complexities to make a recommendation but they should also be able to help structure the borrowing to best suit the applicants’ needs both now and in the future.

The choices of product will include fixed or variable interest rates with varying fees that will suit different types of situation.

Fixed rates often have early repayment charges for the duration of the fixed rate but variable rates (including rates that track the Bank of England Base rate) might have no early repayment fees, which might suit some people best.

Applicants should pay particular attention to the early repayment charge structure (as well as the interest rate and all fees) to make sure it fits in with their plans.

Their broker will provide them with an illustration that should have all the costs and relevant features before discussing it with them in full.