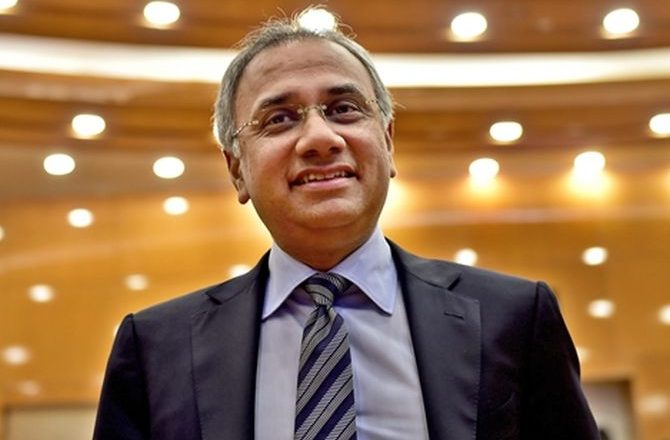 In 2017, when Infosys announced that Salil Parekh would be its next chief executive officer (CEO) and managing director (MD), very few in the industry or the analyst community doubted his ability to bring the company back to a healthy growth trajectory, improve morale within the company and, more importantly, win the promoters’ trust and investor confidence. There were reasons for this confidence.

He was not only the deputy CEO of the Paris-headquartered IT services major Capgemini, but also one of the only non-European faces on the executive board of the company.

European companies are similar to Japanese firms when it comes to appointing people to key positions, because of their close-knit culture.

But Parekh was able to transcend such barriers.

Second, he had not only built the successful India operations of Capgemini, but also played a crucial role in the acquisition of iGate for a whopping $4 billion.

After four years at the helm of Infosys, he has ticked all the boxes that he had placed on his to-do list when he took over the role.

What has stood out the most about his tenure at Infosys is his total commitment to the work in hand, with no unnecessary posturing.

Infosys is back to its growth fundamentals and has surpassed its closest rival and peer, Tata Consultancy Services (TCS).

The market is again asking if Infosys can be given back its bellwether position and, most importantly, Parekh seems to have balanced his relationship with the founders.

When it comes to company performance, he has got the IT major’s mojo back.

It has been slightly over four years since Parekh began a strategic review and unveiled a strategy with four core focus areas — agile digital business, energising the core, reskilling, and localisation.

All these parameters have improved since Parekh took over, and brought the company back to a position where it is winning large deals.

FY21 saw the company report revenue growth of 5 per cent on a constant-currency basis, while its digital business increased from 29 per cent to 52 per cent of overall company revenue.

Significantly, Infosys won a $3.2 billion deal from the German automaker Daimler AG, and a deal from Vanguard reported to be worth $1.5 billion, during the year.

Infosys has also managed to grow its TCV (total contract value) more consistently. From a total TCV of $3 billion in FY18, the company is now looking to a more sustainable quarterly TCV of $2-2.5 billion.

In an earlier interview with Business Standard, Peter Bendour-Samuel, chief executive officer of Everest Group, had articulated his belief that under Parekh’s leadership Infosys had regained its historic role as an industry leader, outgrowing its competitors in both revenue and earnings across all the important market segments.

“His performance has exceeded expectations across any reasonable set of metrics and has returned the confidence and swagger to what was before his tenure a low-morale organisation.

“As Infosys moves forward, Salil needs to keep the focus on moving into the digital transformation and modernisation markets, and continue to broaden the number of departments and stakeholders it serves in its clients.

“He must continue to work behind the scenes to keep the organisation focused on client issues and away from internal disputes,” Bendour-Samuel had added.

After four years, when asked how he had able to work with the founders, and whether the role he had taken on was a challenge, Parekh replied that it was the culture created by the founders and the trust that clients had in the company that had worked for Infosys at the most difficult times.

“I still recall having meetings with some 80 or so clients in the first few quarters as I took over.

“The one thing that I could make out was, whatever has been the situation in the past, clients had tremendous trust in the company.

“And that comes with the way the culture is at Infosys,” Parekh said over a video call with Business Standard.

One of the biggest innovations carried out after Parekh took over was the launch of Cobalt, the cloud-based enterprise transformation services platform.

After Finacle, the core banking product from Infosys, Cobalt was a huge bet that the company took, one that it built organically.

Stepping back a bit, Parekh recalls, “when I joined, we also took a decision to take some of our operating margins and put them into building capabilities.

“What we created was a platform that was comprehensive across the cloud. Today we have about 300 cloud solutions and about 30,000 or so components on the platform, and every year we keep on adding new elements to it,” he said.

He also highlights how the consulting arm of the company has been growing.

In fact, its growth rate is higher than that of the company.

With the majority of deals starting with the cloud or digital transformation, consulting has become an integral part of the company’s operations.

Clearly, Parekh’s past work with EY makes him place a value on consulting.

“Fortunately, Infosys has been an early player in the consulting space and we have put in more capabilities in this segment.

“Today, deals that are transformative for clients have technology and operations interplaying, and in such cases our consulting team envisions the roadmap for implementation,” added Parekh.

After a 5 per cent constant-currency growth in FY21, Infosys upped its performance in FY22 with a growth rate of 19.7 per cent.

Additionally, it has provided guidance for revenue growth of 13-15 per cent for FY23 — strong guidance to begin the year with.

When asked whether he sees more challenges or more opportunities ahead, Parekh chooses the latter.

“I am quite optimistic about things, and I see the future of tech being enormous.

“The opportunity for tech, as we discussed, is massive.

“Everyone wants to do something in tech. We are still in the very early stages of this tech overhaul, and have not even covered 20-30 per cent of this journey,” he said.

Parekh has already started to chalk out the next tech bets that Infosys wants to be part of, such as Metaverse, robotics, and quantum computing. He has begun working on a new strategic path that will sustain Infosys for years to come.

This includes choosing its tech bets, but more importantly, focusing on what is relevant for clients and ensuring that employees are centered on it.