How coronavirus is affecting Brexit

London (CNN Business)Britain left the European Union eight months ago. Nothing much changed for most people back then, but Brexit is now back with a vengeance as talks on a deal to keep trade flowing next year enter the final stretch.

A dramatic surge in coronavirus cases is piling the pressure on British and European politicians to make concessions and avoid a chaotic rupture on January 1, 2021 that would further blight the recession-scarred economy, force thousands of trucks to line up at the border, and disrupt vital supplies of food and medicine.
The final scheduled round of negotiations between chief EU negotiator Michel Barnier and his British counterpart, David Frost, begin on Tuesday in Brussels. There are just two weeks to go before a crucial meeting of EU leaders, and one month remaining before the final deadline for a deal set by Brussels.

The stakes have never been higher: The pandemic has plunged Britain into the deepest recession of any major developed economy, and a resurgence of coronavirus cases has forced the UK government to discourage workers from using offices and impose new restrictions on pubs and restaurants. The virus is also rampaging again across wide swaths of Europe, with alarming surges underway in France and Spain.

The United Kingdom has continued to enjoy free access to EU countries (and vice versa) since Brexit in January thanks to transitional arrangements that expire on December 31. Now, the country urgently needs a deal with Brussels if UK companies are to avoid higher trading costs and other hurdles.
But talks have so far failed to achieve a breakthrough on two key sticking points: fishing rights and rules on government aid to companies.
Hopes for a deal were nearly killed off earlier this month when British Prime Minister Boris Johnson instigated a confrontation with Brussels by saying he intended to break the terms of the divorce agreement that settled the country’s departure from the European Union. (That dispute rumbles on after talks on Monday failed to clear the air.)
The idea that the United Kingdom would intentionally break international law sparked a political controversy at home and was roundly condemned in European capitals. But the uproar was quickly overshadowed by an alarming rise in the number of new coronavirus cases in Britain.
New restrictions aimed at controlling a second wave took effect in the country last week. Pubs and restaurants are coming under additional financial pressure after being limited to table service and directed to close at 10:00 p.m. Workers are being told to avoid the office if they can, limiting spending in city centers. With the government set to pull back wage support for workers next month, Britain’s fragile economic recovery could be snuffed out.
UK companies shed nearly 700,000 jobs between March and August. The Bank of England warned in August that 2.5 million people could be out of work and looking for jobs by the end of the year. 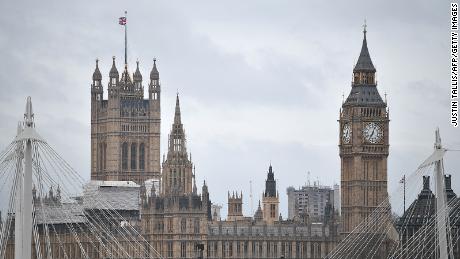 Mujtaba Rahman, managing director for Europe at the Eurasia Group, believes the coronavirus surge is causing Johnson to think again about the risks of Britain crashing out of its largest export market without a deal to protect trade. Rahman now sees a 60% chance of a deal being reached before the end of the year.
“Boris Johnson’s deepening problems over coronavirus, with a rise in infections, new nationwide restrictions and a looming unemployment crisis has led ministers to conclude he will now need the political success of an EU deal,” he wrote in a research note last week.

The cost of crashing out

There’s no trading arrangement available to the United Kingdom that can deliver the benefits of continued membership in the European Union, the world’s largest single market area and the destination for 43% of British exports. Leaving the bloc means higher costs for UK companies under any circumstances.
Already, years of uncertainty over the future terms of EU trade have damaged the UK economy. GDP growth in the three years after the June 2016 Brexit referendum slowed to 1.6% as business investment stagnated, according to analysts at Berenberg.
But having a new trade deal with the European Union would help limit further damage to businesses as they desperately attempt to recover from the pandemic, which caused UK GDP to crash by 20% in the second quarter. 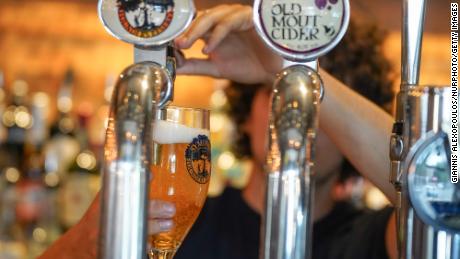 The most damaging scenario, under which the United Kingdom does not secure a new trade agreement and the divorce deal is not honored, could snarl supply chains and cause huge disruption at the border, where customs systems would likely be overwhelmed. Britain imports 26% of its food from EU suppliers, and transport experts have warned of shortages. Carmakers, already reeling from a collapse in sales due to the pandemic, would face a 10% tariff on vehicles sold into EU markets, putting the future of the entire industry in doubt.
The UK government estimated in November 2018 that a disorderly end to Britain’s trade relationship with the European Union would reduce output by 7.7% over the next 15 years compared to continued EU membership. And the shock to the economy would be immediate.

If negotiations yield a breakthrough, however, a deal could be ready for EU leaders to consider at a summit scheduled for October 15 and 16. But with significant differences remaining, that’s looking unlikely. Investment banks polled by Reuters are more pessimistic about the prospect of a deal than they were three months ago.
There’s a better chance of progress in the weeks immediately following the summit. According to Rahman, it’s the United Kingdom that is going to have to make the “bigger and more obvious concessions.”

Barnier, the EU negotiator, has marked out the end of October as a “strict deadline” that would give EU member states and the bloc’s parliament enough time to sign off on a deal. But with the pressure on, even that may slip.
The real point of no return, according to Rahman, may be the middle of November. It could be a tense six weeks.
Source: Read Full Article