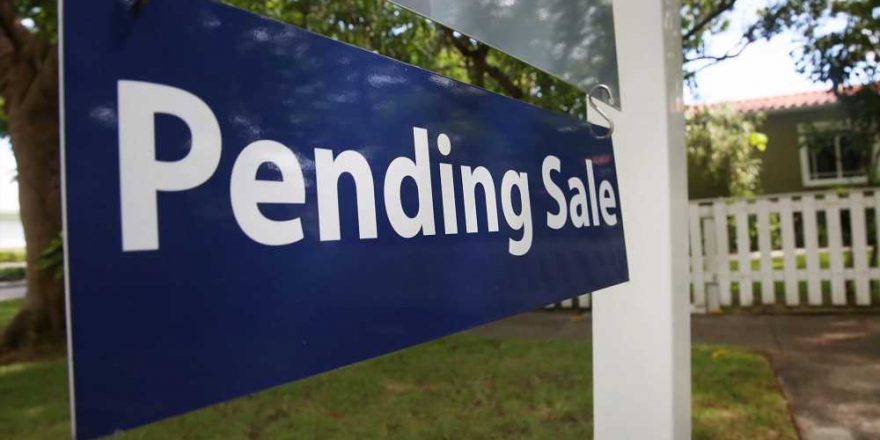 Signed contracts to purchase previously owned homes fell 1.8% in July from June, according to the National Association of Realtors.

Sky-high home prices have caused affordability to drop dramatically in the last several months. The median price of an existing home was up 18% in July, according to the Realtors. Much of that was due to the fact that there was far more activity on the higher end of the market, which skewed that median higher.

Pending sales are a forward-looking indicator of closed sales in one to two months.

"The market may be starting to cool slightly, but at the moment there is not enough supply to match the demand from would-be buyers," said Lawrence Yun, chief economist for the Realtors in a release. "That said, inventory is slowly increasing and home shoppers should begin to see more options in the coming months.

Mortgage rates fell sharply during the month of July, with the average on the popular 30-year fixed starting the month at 3.18% and ending at 2.84%, according to Mortgage News Daily. That drop gave buyers more purchasing power, which likely helped those on the edge of affording today's high home prices. The lower rates were not, however, enough to really juice the market.

Pending sales were down 8.5% compared with July last year. That annual comparison, though, is an unusual one, because sales spiked so dramatically last summer after the initial shutdown due to the pandemic.

"Homes listed for sale are still garnering great interest, but the multiple, frenzied offers–sometimes double-digit bids on one property–have dissipated in most regions," Yun said.

Total housing inventory at the end of July totaled 1.32 million units, up 7.3% from June's supply and down 12.0% from one year ago (1.50 million). There was a 2.6-month supply of unsold inventory at the July sales pace

Closed sales of existing homes in July, which represent contracts signed in May and June, rose for the second straight month.