Home » Business » Here's what the debt limit standoff means for you 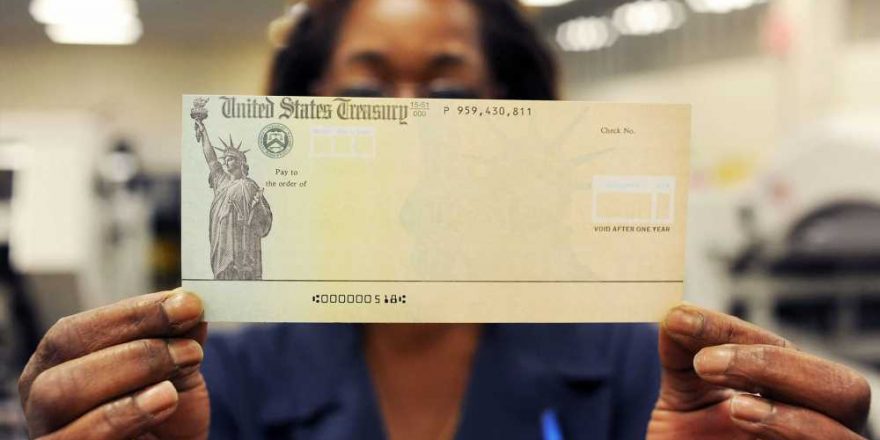 Here's what the debt limit standoff means for you

Lawmakers have less than three weeks to raise the debt limit or risk a first-ever default, which would trigger a broad market sell-off and put a stranglehold on everything from government payments to the ability to borrow.

"It is imperative that Congress swiftly addresses the debt limit," Treasury Secretary Janet Yellen said in remarks to the Senate Banking Committee.

"Nearly 50 million seniors could stop receiving Social Security checks for a time. Troops could go unpaid. Millions of families who rely on the monthly child tax credit could see delays.

"In a matter of days, millions of Americans could be strapped for cash."

More from Personal Finance:
Social Security cost-of-living adjustment could be 6% in 2022
This is the age when Americans say they plan to retire
3% of near-retirees can answer all these Social Security questions

The federal debt is the amount of money the government currently owes for spending on payments such as Social Security, Medicare, military salaries and tax refunds.

The debt limit allows the government to finance those existing obligations.

In the worst-case scenario, the federal government would default, at least temporarily, on some of its obligations, including those Social Security payments, veteran's benefits and salaries for federal workers.

Social Security, which was created in 1935, has never missed a benefit payment. However, checks could be delayed for weeks, or even longer, if Congress fails to either raise or suspend the debt limit, the National Committee to Preserve Social Security and Medicare recently warned.

Social Security is self-funded yet the program is drawing down from its trust funds, which include Treasury bonds, to pay benefits.

Potential downgrades of U.S. credit ratings would hammer Treasurys. Demand for U.S. Treasury bonds could sink if they are no longer considered a reliable, safe-haven investment and bondholders would demand dramatically higher interest rates to compensate for the increased risk.

That, in turn, would also send other borrowing costs higher, including credit cards, car loans and mortgage rates (which generally are pegged to yields on U.S. Treasury notes).

At the very least, fear of default could rattle the stock market and send shock waves throughout the economy, said Mark Hamrick, senior economic analyst at Bankrate.com.

"If you go back to a decade ago, there was an immediate selloff in the financial markets — it hit investors hard and runs the risk of a cascading financial crisis," he said.

In 2011, a debt limit standoff in Congress brought the country very close to a default before lawmakers finally struck a deal, but not without a downgrade of the country's credit rating and significant market volatility.

This time, lenders may start tightening their standards in advance to reduce their exposure — or risk — during a contentious battle, said Yiming Ma, an assistant finance professor at Columbia University Business School.

"Just the uncertainty can impact borrowing terms and borrowing availability," she said.

"If I was someone about to take out a loan, I would look at the terms now," Ma added. "In the last days, there could be a frenzy going on."

"We know from previous debt limit impasses that waiting until the last minute can cause serious harm to business and consumer confidence, raise borrowing costs for taxpayers, and negatively impact the credit rating of the United States for years to come," Yellen wrote in a letter to House Speaker Nancy Pelosi Tuesday.

Congress and the White House have changed the debt ceiling almost 100 times since the end of World War II, according to the Committee for a Responsible Federal Budget. In the 1980s, the debt ceiling increased to nearly $3 trillion from less than $1 trillion. During the 1990s, it doubled to nearly $6 trillion, and doubled again in the 2000s to over $12 trillion.

In 2019, Congress voted to suspend the debt limit until July 31, 2021. Now, the Treasury is using temporary "emergency measures" to buy more time so the government can keep paying its obligations to bondholders, veterans and Social Security recipients.

"We now estimate that Treasury is likely to exhaust its extraordinary measures if Congress has not acted to raise or suspend the debt limit by Oct. 18," Yellen said in the letter to Pelosi.

"At that point, we expect Treasury would be left with very limited resources that would be depleted quickly."