Home » Business » Here's the pitch deck chip design startup Nuvia, led by an Apple veteran, used to raise $240 million as it navigates the industry shockwaves of the Nvidia/Arm merger

Chip startups were once seen as risky investments. But the rapid growth of the cloud and the rise of AI changed that.

These technologies sparked a need for a new kind of processor that could process massive amounts of data faster and more efficiently.

That led three veteran engineers — Apple veteran Gerard Williams, who worked on iPhone chip design and is now Nuvia's CEO, and Manu Gulati and John Bruno, who are both from Google —  to launch Nuvia which is coming up with new semiconductor designs for cloud data centers and AI.

On Thursday, Nuvia said it raised $240 million in a Series B round led by Mithril Capital and Sehat Sutardja and Weili Dai, founders of Marvell Technology Group. The startup raised $53 million from Dell Technologies Capital shortly after it launched last year.

Nuvia's goal is to take on the longtime giants of the chip industry, Williams said.

Nuvia announced its monster funding round amid big changes in the chip industry. Intel has struggled with production issues that have weakened its dominant position, while AMD, its smaller rival, is steadily gaining market share.

Meanwhile, Nvidia, the graphics chip giant which has also taken the lead in AI processors, unveiled a $40 billion plan to buy Arm, the pioneering chip design company.  The planned merger is expected to boost Nvidia's position, but it has also created a stir in the chip industry where many major players are Arm customers.

Williams said these changes are good for a new chip player like Nuvia.

"I think it puts us in a perfect position to execute," he said. "With Intel struggling, AMD trying to steal their market share, those guys are just gonna fight head-to-head. It's a beautiful picture playing out. If you can come to the table with a substantial performance advantage…it'll be huge."

Like other tech companies, the coronavirus crisis disrupted the startup's momentum, especially in fundraising, Williams said.

"It has been challenging," he told Business Insider. We were right in the throes of it right before COVID and you know what happened. Literally the world went on standstill for a little while because everybody just did not know what was going to transpire. We were not immune to that hiccup."

But the crisis which led to a sharp shift to remote work heightened the importance of cloud computing. That made Nuvia's focus on more powerful data center chip designs attractive to investors.

"What piqued the interest was performance we were trying to demonstrate and the appetite for trying to really rethink the data center and its capabilities," he said.

Williams' departure from Apple last year led to a lawsuit by the iPhone maker, which accused him of breaking the terms of his employment by starting work on founding Nuvia while still at his previous job. The startup is mounting a "pretty vigorous defense" in the case which he said "hasn't inhibited our business in any way," a Nuvia spokesperson told Business Insider.

Here's the pitch deck Nuvia used to raise $240 million in a Series B round: 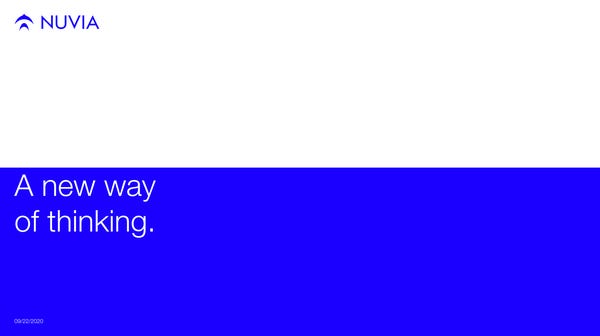 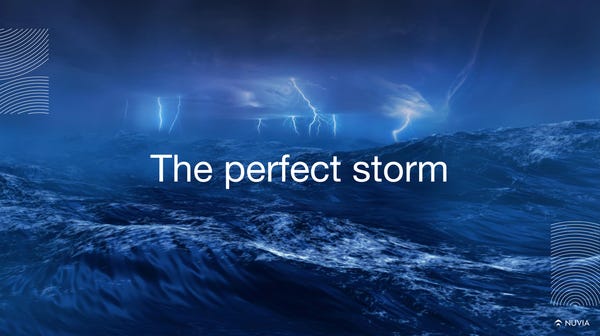 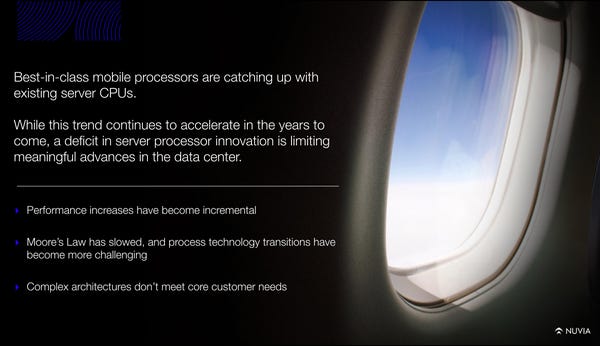 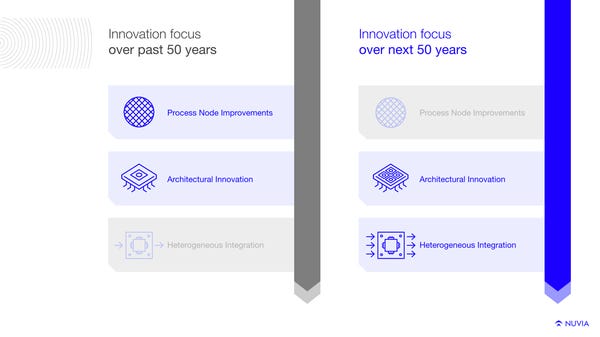 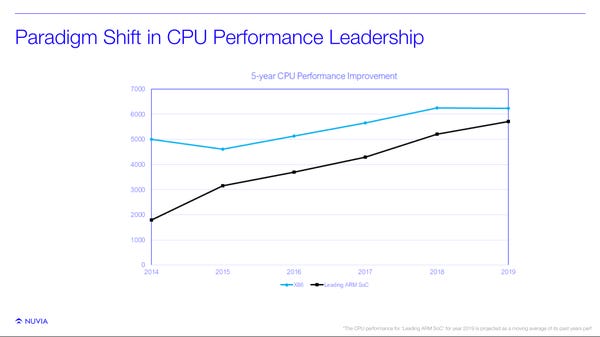 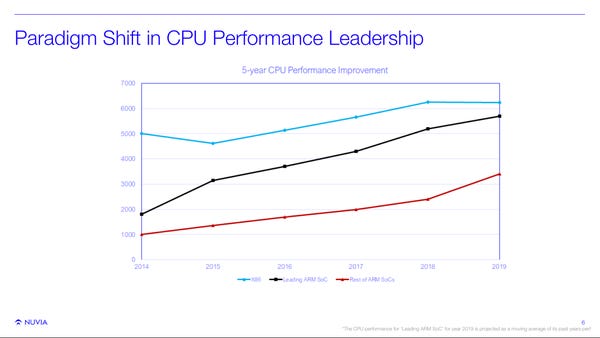 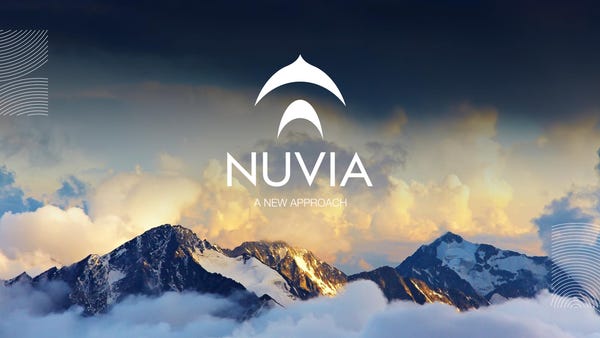 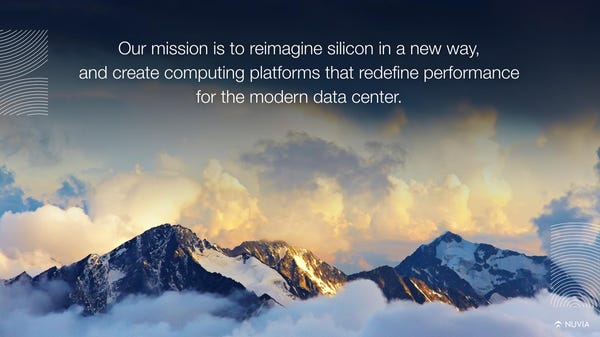 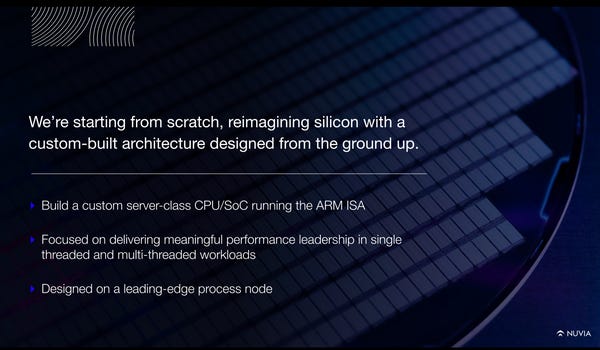 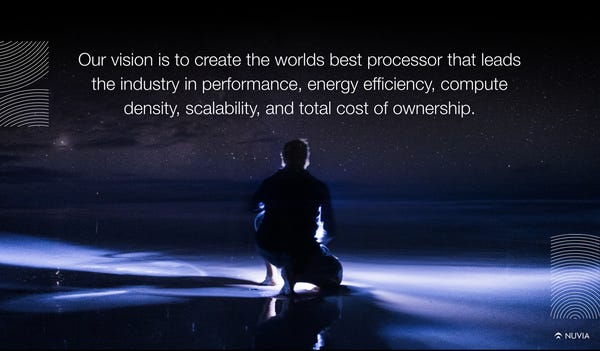 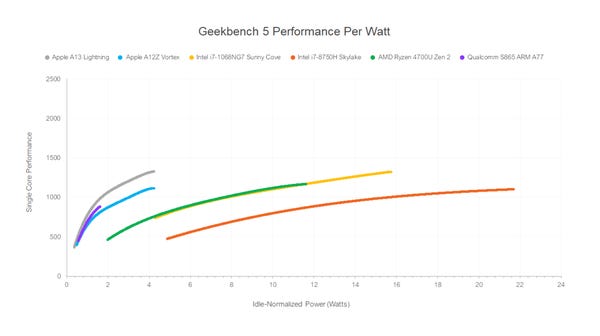 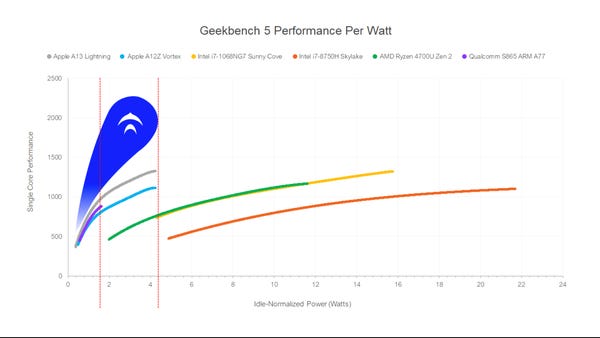 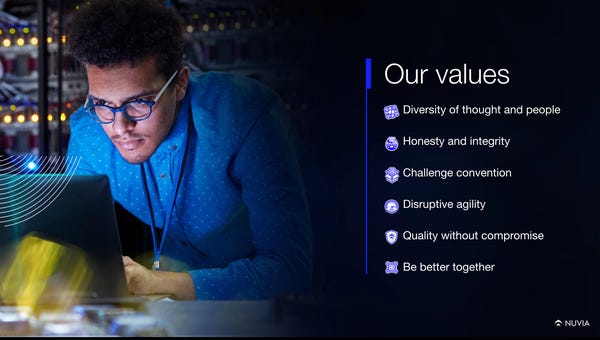 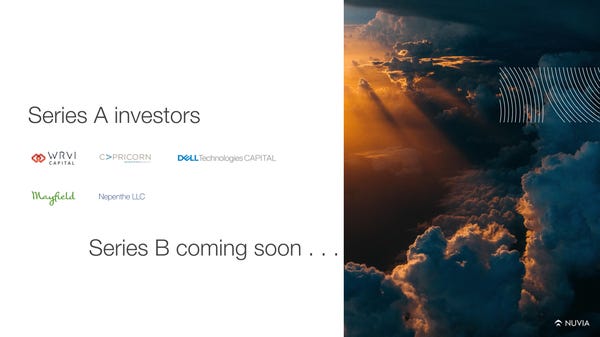 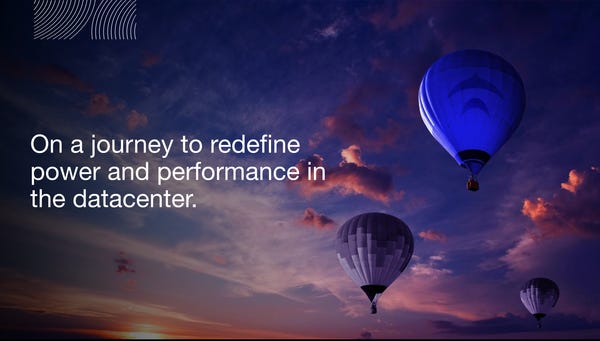 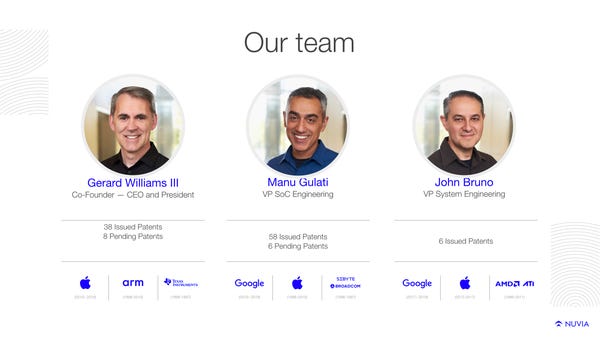 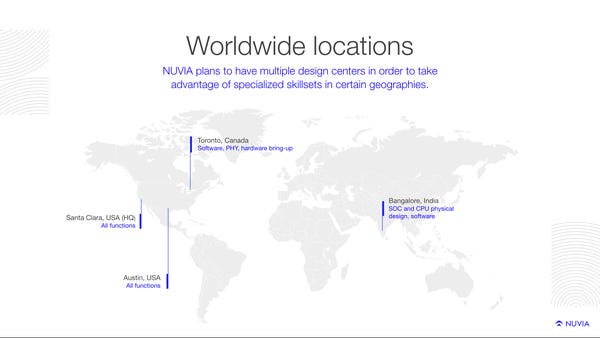 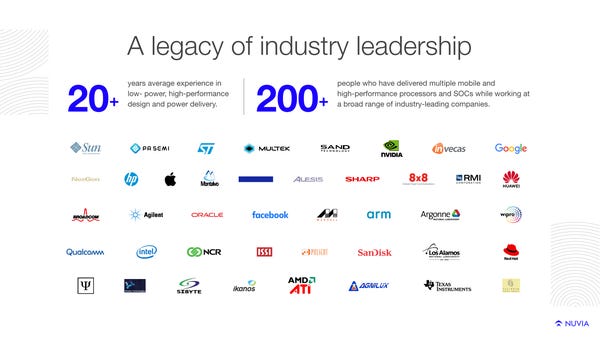 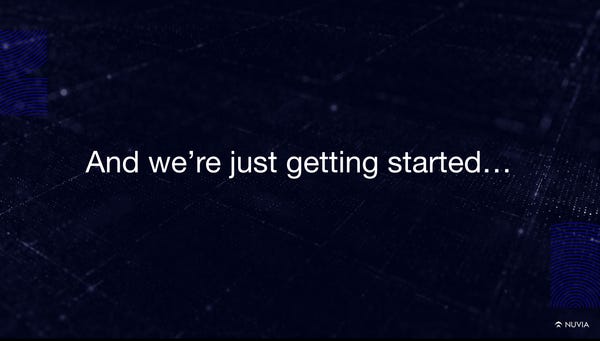 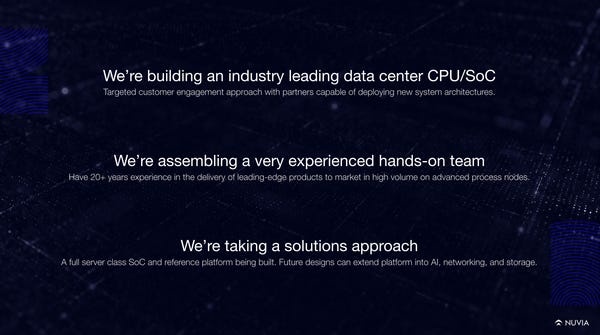