Home » Business » Here's how much Americans in every wealth bracket would get, on average, from up to $50K of student debt forgiveness 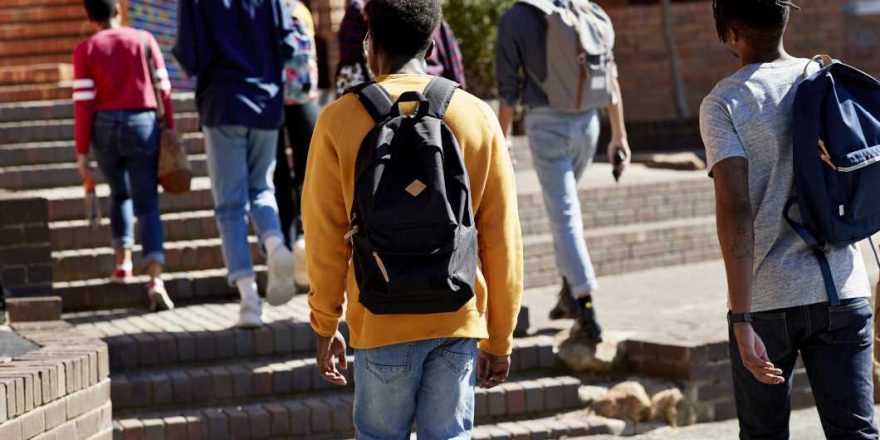 Here's how much Americans in every wealth bracket would get, on average, from up to $50K of student debt forgiveness

During the 2020 presidential election, several candidates pledged their support for some form of student debt forgiveness — including President Joe Biden. Since his election, House and Senate Democrats have repeatedly urged Biden to "broadly" forgive up to $50,000 of federal debt through executive order, an approach that has become known as the "Warren-Schumer proposal." Biden has repeatedly pushed back against this plan and leaders of his own party, stating that he will only support up to $10,000 of debt forgiveness and that he would prefer Congress craft the legislation.

The back-and-forth is part of a broader debate about who would benefit the most from student debt forgiveness. Some have argued that because college graduates tend to earn more, partially or completely forgiving student debt would be "regressive."

But a recent brief by the Roosevelt Institute that analyzes how $50,000 of student debt forgiveness would impact household wealth, argues that the idea of student debt regressivity is a "myth," and that the average person within the 20th to 40th percentile bracket for household assets would receive four times more than the average households in the top 10%.

"Contrary to common misperceptions, careful analysis of household wealth data shows that student debt cancellation — at all proposed levels — is progressive; it would provide more benefits to those with fewer economic resources and could play a critical role in addressing the racial wealth gap and building the Black middle class," reads the report. "The reason for this progressivity is simple: People from wealthy backgrounds (and their parents) rarely use student loans to pay for college."

"We were getting really frustrated with seeing data manipulated in a way that provided an incorrect picture, which was then being used as media fodder to feed the notion that this was regressive," says Laura Hamilton, professor of sociology at University of California, Merced and one of the authors of the report. "The Warren-Schumer proposal is just not a regressive policy."

To address some of quantitative concerns, Hamilton and her fellow authors intentionally did not consider private student loans in their calculations (because there is no policy that is proposing cancelling private loans) and considered household wealth instead of income (because debt cancellation is ultimately a wealth transfer). Wealth, Hamilton argues, captures a more complete picture of borrowers' financial status and better accounts for the racial disparities.

"Black families have historically been denied the ability to build wealth, and what's happened is you've seen many Black students use education for mobility and move into the professional class, but still carry substantial student debt that their white peers don't have at the same income," says Hamilton. "So when you disaggregate by race, you can really see that this would play a pretty central role in building the Black middle class… And it adds to previous research that suggests student debt cancellation is really important for closing the racial wealth gap in the United States."

These differences in wealth mean that many Black borrowers would benefit significantly from student debt forgiveness.

"If you look at someone in the top 10% of households for net worth, the cancellation is only going to be $562 per person, but the estimated cancellation for someone who is Black and in the bottom 10%, is $17,366. And for white folks in the bottom 10%, the average would be $12,617," explains Hamilton. "That's just not regressive."