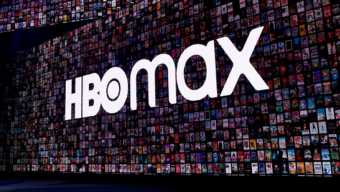 WarnerMedia is offering a half-off discount on HBO Max now that HBO is no longer available on Amazon Prime Video Channels.

Today through September 26, the monthly subscription cost will be $7.49 for up to six months for anyone who accessed HBO via the Channels platform. The discount is available to both new and returning subscribers.

The move is aimed at counteracting the inevitable loss of subscribers due to the decision — set in motion two years ago at the highest levels of the company — to break from Amazon Channels. The platform removed HBO earlier this week. HBO Max, which encompasses all of HBO’s programming and adds 13,000 hours of additional movie and TV fare, will still be distributed via Amazon Fire TV, which is a different part of the Amazon empire. The Channels business has enabled Amazon to control streaming data to a degree that bothered WarnerMedia and its parent company, AT&T. About five million subscriptions to HBO Max are expected to be leaving the books in the near term, according to sources familiar with the stats.

In the quarter that ended June 30, HBO and HBO Max together reported 47 million subscribers in the U.S. and 67.5 million globally. The company’s guidance of 70 million to 73 million global subscribers is not changing as a result of the Amazon situation. AT&T will report its next quarterly numbers in October.

In the initial phase of direct-to-consumer streaming, offerings like HBO Now, Starz, Showtime and CBS All Access saw strong growth via Amazon Channels. The companies at the time were willing to trade off access to their data for scale. In the current environment, the strategic objectives have shifted and media companies are determined not to surrender as much data. WarnerMedia CEO Jason Kilar is particularly well-versed in the particulars of data collection, having worked at Amazon in the 1990s and 2000s as one of the executives building its video business.

John Stankey, CEO of AT&T, has publicly criticized tech giants for exerting too much control over data. HBO Max, which launched in May 2020, struggled early on because it had no distribution on Amazon Fire or Roku, which together reach more than 100 million streaming homes. “Where the bottlenecks are sometimes occurring are in these commercial agreements,” Stankey said at a Wall Street Journal conference in October 2020. “We should ask ourselves, is that friction somebody really feeling their oats and maybe having market power above and beyond what’s reasonable for innovation?”

In addition to the HBO Max website, the discount is being offered via distribution partners Apple, Google, LG, Microsoft, Sony, Roku and Vizio.