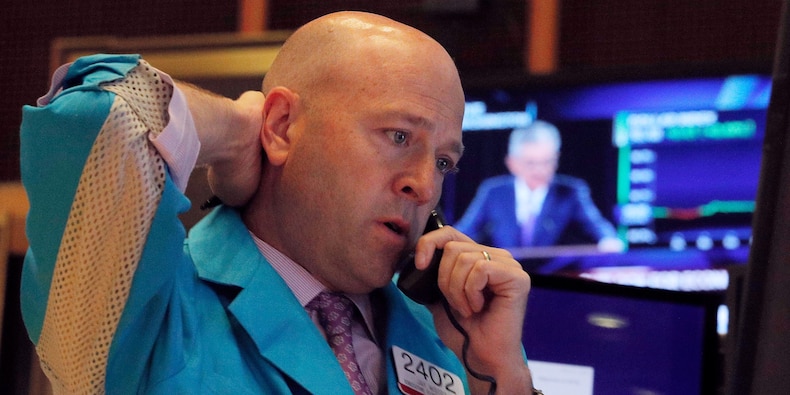 But the MSCI World Index, that tracks equity performance across 23 developed countries, rose 0.7% to its own record high.

The US economy grew at an annualized pace of 6.4% through the quarter that ended in March, versus 6.7% expected, leaving GDP less than 1% beneath its pre-COVID peak in the fourth-quarter of 2019. Adding to the recovery sentiment, US initial jobless claims dipped to 553,000 last week and marked a third straight decline.

The positive backdrop doesn’t mean that the current period of low volatility will persist, according to Mark Haefele, chief investment officer at UBS Global Wealth Management.

“We expect bouts of market turbulence, as investors fret over rising inflation and the uneven global progress in combating the pandemic,” he said. “With global stocks close to record highs, the market is also likely to be vulnerable to disappointing news on the economy or COVID-19.”

On tech earnings, Amazon was the latest to post solid results on Thursday and saw shares rise 3.2% in after-market trading on a huge earnings beat in Jeff Bezos’ last quarter as CEO. Quarterly revenue rose 44% to $108.52 billion, and the company indicated that aspects of the pandemic bump in online sales may endure.

Twitter’s shares meanwhile slid 7% on its lower revenue outlook, even though quarterly revenue rose 28% to $1.04 billion. One issue for the company may be stronger ad revenues seen by rivals Google and Facebook earlier this week, Deutsche Bank strategists said.

Emerging markets such as Brazil and India continue to reel from a severe COVID-19 wave. Total fatalities in Brazil have topped 400,000, reporting more deaths so far in 2021 than in the whole of last year, as it struggles with vaccination.

India reported over 386,000 new cases in the past 24 hours, while related deaths rose by more than 3,400 in the same period. Several states have run out of vaccines ahead of a planned nationwide inoculation drive, according to Reuters.

Asian shares traded lower against the backdrop of weak China data and a continued anti-trust crackdown on tech companies within the country. Growth in China’s services and manufacturing sectors fell short of expectations in April, signalling a drop in economic activity at the start of the second quarter.