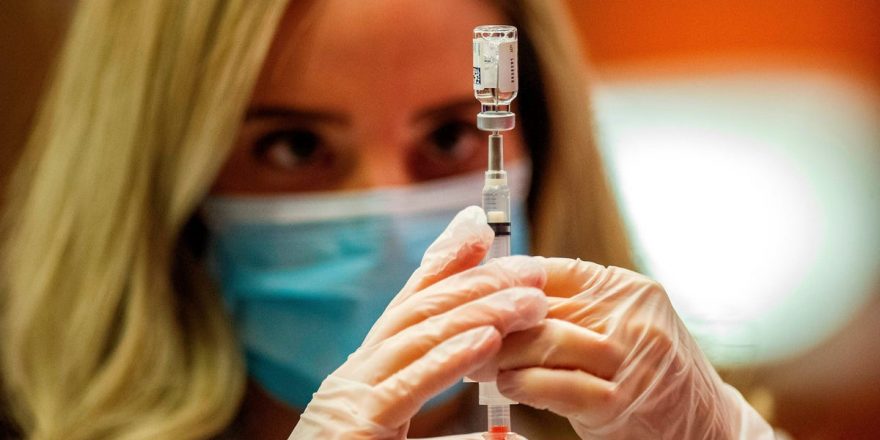 The team of scientists from Goethe University in Frankfurt, Germany, said Wednesday that the delivery mechanism for AstraZeneca and Johnson & Johnson’s vaccines was responsible for causing blood clots after immunization.

All existing COVID-19 vaccines work by delivering a piece of genetic code into the body. This teaches the body to create a harmless part of the virus, which triggers an immune response. The body can then stage the same response if it later detects the real virus.

Vaccines that use mRNA technology, including Pfizer’s and Moderna’s, deliver the genetic material to the fluid part of the cell. Adenovirus-based vaccines, such as J&J’s and AstraZeneca’s, deliver it to the central part of the cell, called the nucleus, the scientists said in a study, which hasn’t been scrutinized by other experts in a peer-review.

According to the scientists, this is where the issue lies. While the harmless part of the virus is being made in the nucleus, bits of genetic material can break off, creating “mutant” proteins that leave the cell and travel around the body. Blood vessel walls respond to these proteins, which triggers blood clots, they said.

Young women have had the clots more often than other groups. The scientists suggested that older people are less likely to get the clots partly because their immune responses is weaker. They added that women naturally have stronger immune responses than men.

The German scientist’s theory hasn’t been proven. Researchers from Bristol University said in October that the protein made by the vaccine inside human cells accurately reflected the genetic instructions.

Other theories also exist. One is that the blood cells in the body that cause clotting, called platelets, are “activated” post-vaccination and cause clots.

Jonathan Ball, professor of Molecular Virology at University of Nottingham, told Insider in a statement Thursday that the new research posed a “really interesting hypothesis.”

The data highlights that production of mutant spike proteins “may well occur”, he said.

“But it stops short of providing a concrete link with promotion of blood clotting. Nevertheless, it is certainly something worth investigating further,” Ball added.

Rolf Marschalek, a professor at Goethe University who was involved in the research, said they had been in touch with J&J already, per the Financial Times. “[J&J] is trying to optimize its vaccine now,” he told the FT.

Marschalek said that AstraZeneca had not yet been in touch.

J&J’s vaccine unit, called Janssen, said in a statement to Insider on Thursday: “We are supporting continued research and analysis of this rare event as we work with medical experts and global health authorities. We look forward to reviewing and sharing data as it becomes available, and, currently, we believe it is too soon to draw conclusions.”

An AstraZeneca spokesperson said in a statement to Insider on Thursday: “We are continuing to work with regulators, recommending bodies and the scientific community around the world to understand more about the epidemiology and the possible mechanisms behind these extremely rare events.”