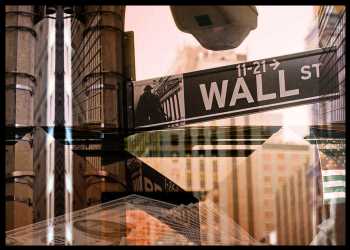 The U.S. manufactured durable goods orders to be published Wednesday and other economic announcements might get special attention. Google parent Alphabet (GOOGL), Microsoft (MSFT), and Twitter (TWTR) shall announce quarterly results after the close of today’s trading.

Asian shares finished lower, while European shares are trading down.

On the economic front, the Commerce Department’s Durable Goods Orders for September will be published at 8.30 am ET. The consensus is for a decline of 0.9 percent, while it was up 1.8 percent in the prior month.

Census Bureau’s International Trade in Goods (Advance) for September is scheduled at 8.30 am ET. The consensus is for a deficit of $87.9 billion, while the deficit was at $87.6 billion in the prior month.

Retail Inventories (Advance) for September will be issued at 8.30 am ET. In the prior month, the inventories were up 0.1 percent.

The Commerce Department’s Wholesale Inventories (Advance) for September is expected at 8.30 am ET. The consensus is for an increase of 1.0 percent, while it was up 1.2 percent in the previous month.

State Street Investor Confidence Index for October will be published at 10.00 am ET. In the prior month, the Index was at 105.9.

Survey of Business Uncertainty for October is scheduled at 11.00 am ET. In September the sales growth was 4.28 percent and employment growth were 5.12 percent.

Japanese shares ended on a subdued. The Nikkei average finished marginally lower at 29,098.24, while the broader Topix index closed 0.23 percent lower at 2,013.81.
Australian stocks fluctuated before ending on a flat note.

The Euro Stoxx 50 Index, which is a compilation of 50 blue chip stocks across the euro area, is down 0.22 percent.