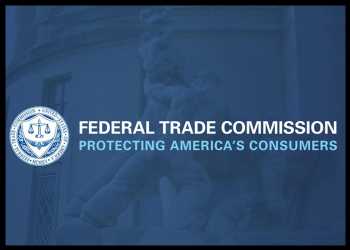 The Federal Trade Commission is set to expand its criminal referral program to rein in corporate misconduct after it voted unanimously to approve the new policy statement to this effect during a virtual open Commission meeting. The FTC works to promote competition as well as to protect and educate consumers.

The new FTC policy statement is aimed at holding corporations and their executives accountable for crimes the agency uncovers and to expeditiously refer criminal behavior to criminal authorities, which is expected to stop and deter corporate crime. It outlines several ways the agency plans to improve its cooperation with its criminal law enforcement partners.

The new policy statement will enhance the agency’s efforts to combat criminal misconduct that the FTC uncovers in consumer protection and antitrust investigations. Until now, the FTC’s authority was limited to civil enforcement.

The FTC will now ensure that cases are promptly referred to local, state, federal and international criminal law enforcement agencies so that corporations and their executives are held accountable for criminal behavior.

Until now, corporate lawbreakers could get away with civil fines that are treated as an expense or a cost of doing business. With this new policy statement, the agency can ensure that criminal conduct by corporations and their executives are met with criminal punishment.

Corporate criminal conduct encompasses consumer protection and competition or antitrust criminal violations such as price-fixing, bid-rigging, market allocation deals and other related conduct that cause great harm to the American public. These warrant both civil and criminal enforcement efforts as they lead to huge financial losses to the public.

The recent cases that the FTC worked on with criminal enforcers at the Department of Justice (DoJ) include criminal charges against money transfer service Western Union that alleged consumer fraud, aiding and abetting wire fraud, and failure to have an effective anti-money laundering program.

The DoJ also charged a top former Uber executive with obstruction of justice for allegedly hiding a data breach from FTC staff during an FTC investigation into Uber’s data security practices.

Further, Reckitt Benckiser Group and Indivior were charged by the FTC of using deceptive scheme to thwart lower-priced generic competition to their branded opioid addiction treatment, Suboxone. The DoJ’s criminal case resulted in a $1.4 billion settlement with Reckitt, guilty pleas from two former Indivior executives and an Indivior subsidiary as well as a civil settlement with Indivior.

In another case, the DoJ filed criminal charges against Bristol-Myers Squibb and one of its executives, charging them with perjury for making false statements to the FTC in an investigation the agency was conducting.