Home » Fraudulent unemployment claims have cost the US tens of billions of dollars since the pandemic began. Congress and the Biden administration need to crack down on this abuse. 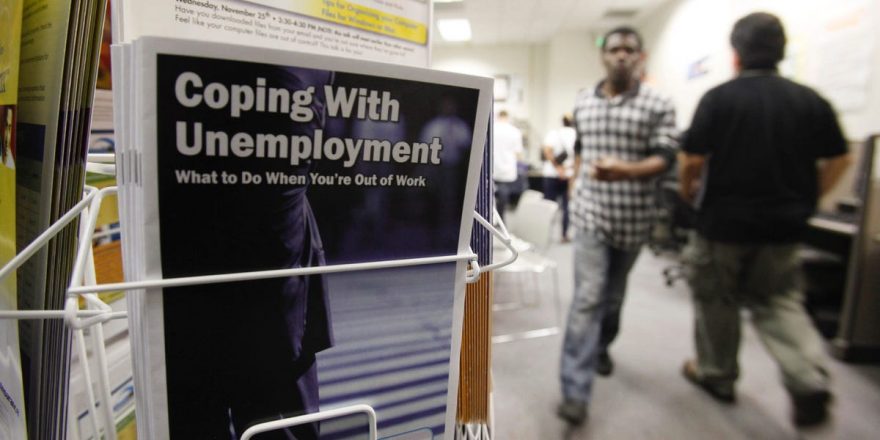 Fraudulent unemployment claims have cost the US tens of billions of dollars since the pandemic began. Congress and the Biden administration need to crack down on this abuse.

When the pandemic hit, unemployment across the US spiked almost immediately. Mandatory lockdowns meant businesses shuttered and employees were out of work, sometimes overnight. To deal with the fallout, Congress passed trillions of dollars in relief and funded a new program called Pandemic Unemployment Assistance (PUA). PUA was designed to provide aid to those who typically would not be eligible for unemployment benefits, such as gig workers, independent contractors, or self-employed individuals.

Unfortunately, the program has also been abused. Many states, such as our home state of California, failed to include safeguards when administering the program, and fraudulent unemployment claims have skyrocketed across the nation. According to a report from the Department of Labor’s Office of Inspector General these payments to people who should not qualify cost states and the federal government $63 billion since the start of the pandemic.

In 2013, long before COVID-19 was a household name, the State of California’s Employment Development Department (EDD) received a $2 million grant to pay for and install a new fraud-detection system. Provided by the Labor Department, the grant allowed the state to partner with Pondera Solutions, whose mission it is to “combat fraud, waste, and abuse in large government programs.” The system seemed to be working, and according to a former EDD employee, it was successful in detecting “an amazing amount of fraud.”

Then without justification, the state turned the system off.

And in the last year, under the leadership of Governor Gavin Newsom, California Labor and Workforce Development Secretary Julie Su, and California Employment Development Department Director Rita Saenz, California paid out at least $11.4 billion in fraudulent claims, with reports suggesting that the total in fraud payments could be more than $30 billion. That means that 1 out of every 4 taxpayer dollars that California handed out in unemployment assistance could have been fraudulent. This is a gross abuse of taxpayer dollars and speaks to a troubling trend popping up in states across the country.

And the issue has been particularly acute in the PUA program. Since it was launched in April 2020 — when California’s unemployment rate hit 15.5% — 95% of the $11.4 billion in fraudulent payments were made through this new program.

The Department of Labor warned states, California included, multiple times of the potential for fraud in the PUA program and provided federal funds for the specific purpose of addressing this fraud. California alone received approximately $260 million from the federal government to administer its PUA program, as well as an additional $2 million in federal funds last year specifically to combat fraud along with another $2 million earlier this year for the same purpose.

The PUA funds were intended to help those most impacted by COVID-19 – not criminals and fraudsters. Widespread fraud in the PUA program is undoubtedly becoming one of the biggest fraud scandals in California’s history, yet California’s leadership continues to lack transparency, and refuses to provide new information on this clear abuse of taxpayer dollars.

To add insult to injury, we have recently learned that the state was financing an EDD call center that has been routinely ignoring Californians’ calls. According to CapRadio, last fall, “EDD received roughly 4 to 5 million calls every two weeks, and staff answered about 10% of them,” with more than 73 million calls going unanswered since September 2020. Despite the lack of responsiveness, however, the state still paid $55 million to keep the call center running.

That means with taxpayer money, the state paid the call center about 75 cents for every call they ignored. Meanwhile, millions of Californians are still waiting to access the benefits they are entitled to.

The state of California is poised to receive $42.63 billion from the latest trillion-dollar spending plan from Washington, yet the bill included no additional protections against fraud. To address the grotesque mismanagement of taxpayer dollars, last month we led California House Republicans in a letter to the Newsom Administration expressing our frustration regarding fraudulent COVID-related unemployment assistance payments administered by the State of California and uncovered in a recent audit. Taxpayers deserve assurances that their tax dollars will not continue to be wasted.

This need for accountability is also being debated at the federal level, and Ways and Means Committee Republican have requested a hearing on this nationwide problem. This is an important step in ensuring that victims of fraud have access to needed benefits while also guaranteeing that they are not required to pay taxes on benefits that they never received.

The Biden Administration should prioritize good governance and oversight of taxpayer money, especially as they begin doling out almost $2 trillion in new and unnecessary spending.

Republicans in Congress are fighting for hard-working taxpayers. This fight is not just about keeping more of their hard-earned money where it belongs – in their wallet – but ensuring transparency about how tax dollars are being spent. Californians, and Americans everywhere, deserve accountability.