Home » Founder who spent $69 million on Beeple NFT: Buying NFTs is 'even crazier than investing in crypto' 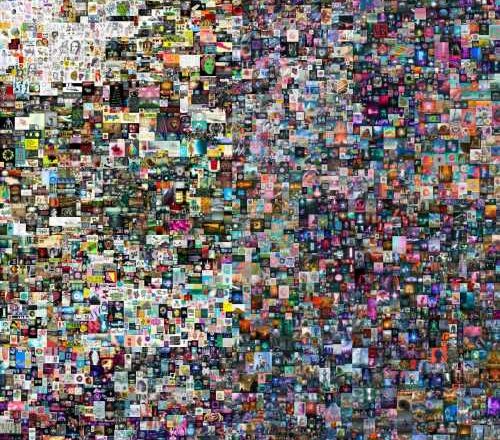 Founder who spent $69 million on Beeple NFT: Buying NFTs is 'even crazier than investing in crypto'

Vignesh Sundaresan, known to the cryptocurrency community as MetaKovan, made headlines in March for his record-breaking purchase of Beeple's "Everydays: The First 5000 Days" NFT for over $69 million.

As the founder of the Metapurse NFT project and a big spender in the space, you'd guess he'd be completel bullish on NFTs. But Sundaresan warns that those trying to profit off the tokens are "taking a huge risk," he told Bloomberg.

NFTs are "not primarily an investment … It's even crazier than investing in crypto," he said.

NFTs, or nonfungible tokens, are unique digital assets, including jpegs and video clips, that are represented by code recorded on the blockchain, a decentralized digital ledger that documents transactions. Each NFT can be bought and sold, just like a physical asset, but the blockchain allows for ownership and validity to be tracked.

While the market for NFTs has boomed this year, things have recently taken a turn. Sales volume for the tokens has seemingly subsided, with a decline in pricing as well. (Though not everyone believes NFTs are a bubble.)

Sundaresan is very supportive of NFTs, but, "I don't think NFTs will hold the same kind of hype forever around high-value items," he said.

"The market will get divided. There will be very few high-value items and an infinite number of very low-valued items."

Similarly, Mike Winkelmann, the artist known as Beeple, compared the NFT market to the dotcom bubble. Just as certain companies, like Amazon, survived the eventual bust, and others did not, Winkelmann predicts that parts of the NFT market will thrive while others will wither.

"I'm very, very bullish on the technology and space long-term," Winkelmann recently told CNBC Make It. "I just think people need to be careful right now because there [was] a rush and it's so new. It is quite speculative."

As Bloomberg pointed out, when Sundaresan was revealed as the eight-figure buyer of Beeple's NFT, some speculated it was to drive up the price of his own NFT collection. But Sundaresan denied it, telling Bloomberg his motive was to "support the artist and showcase the technology."

"The [Beeple] piece is going to take on a life of its own, that's what makes NFTs really interesting," Sundaresan told CNBC in March. "It may not just be a piece of art, it can become thousands of other things. But I won't be selling it anytime soon."

Sundaresan predicted that "there are going to be hundreds of thousands of people from around the world who are going to adopt this medium, a digitally native medium to monetize art," he said.

"There is going to be an economy around it."

Check out: Meet the middle-aged millennial: Homeowner, debt-burdened and turning 40