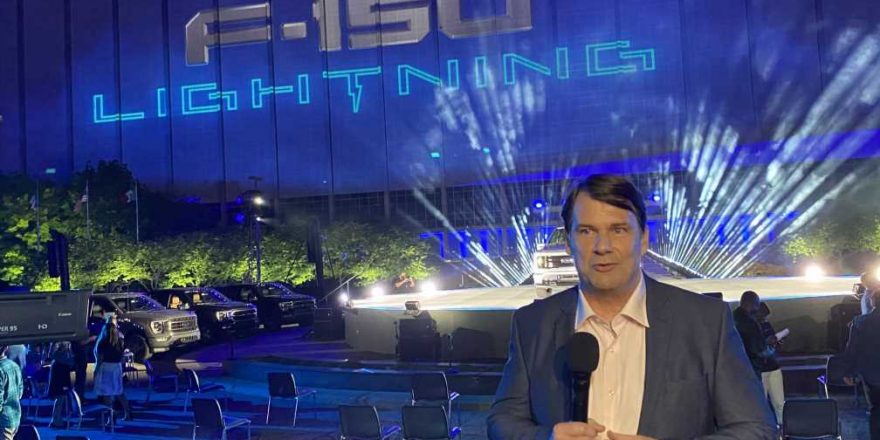 Since Farley took control of the automaker last October, Ford's stock has roughly tripled from below $7 a share. Shares of Ford were up by as much as 5.9% during trading Monday morning to $20.42 a share.

Ford's stock has jumped by about 127% so far this year. That's far higher than other automakers such as General Motors, up by 42%, and Tesla, which has increased 68% this year.

Such a rally is something that eluded Ford's last two CEOs. The lagging stock price heavily contributed to the departures of Farley's past two predecessors, Mark Fields and Jim Hackett.

It's not one thing Farley has done, but a parade of major moves over the past year or so that have the automaker once again gaining traction with investors. The actions, part of Farley's Ford+ turnaround plan, have ranged from restructuring the automaker's management team to announcing billions of dollars in autonomous and electric vehicles.

"We are seeing clear evidence of the significant turnaround underway at Ford, and one which has occurred in a very short period of time, with Ford setting a new track record of financial outperformance, and showing that its transition to an EV/AV/digital world has sharply accelerated," Credit Suisse analyst Dan Levy said in a recent investor note.

Most recently, Ford announced plans Thursday to repurchase up to $5 billion of its high-yield bonds as part of a wider plan to restructure its balance sheet.

"There's a growing confidence that Ford will be one of the winners in this new digital transformation in the industry," he said during a phone interview regarding plans to invest $11.4 billion in U.S. production of electric batteries and vehicles. "We have a lot of incredible upside."

Aside from the harder pivot to EVs and turnaround plan, Farley has recruited high-profile executives to the automaker such as former Tesla and Apple executive Doug Field and Mike Amend, who was most recently president of online for Lowe's.