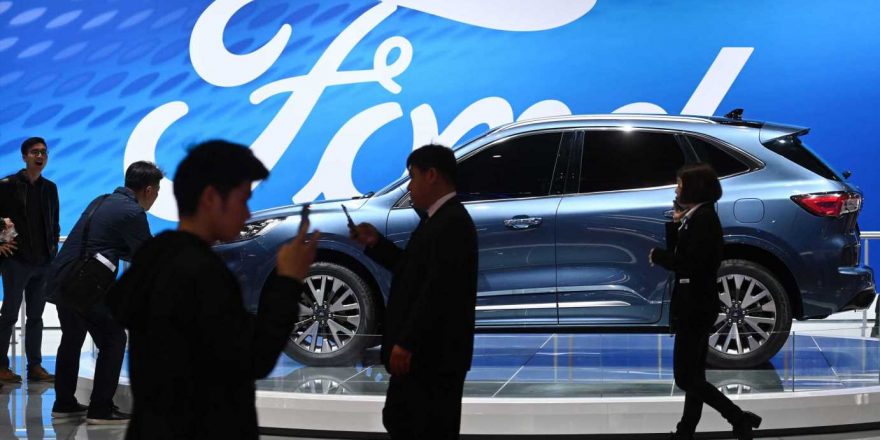 Wall Street analysts are doubling down on their calls for a consumer spending recovery.

Analysts at Wells Fargo said they "have never seen the consumer emerging this strong from a recession," upgrading McDonald's, Starbucks, Chipotle, Yum Brands, Darden and Marriott to overweight.

"I would love to see a pullback in the higher flyers in the consumer discretionary space, the names that are in established long-term uptrends and also the names that late last year saw long-term turnarounds, names like Ford," Stockton said, citing a chart of the automaker's stock.

After a "value-based breakout" in the fourth quarter of 2020, the stock has shown "great upside follow-through," Stockton said.

"It now has positive long-term momentum for the first time since about 2015 and it's reversed that downtrend," she said. "I would welcome a pullback in those types of names, also travel and leisure and some of the specialty retailers."

She flagged Carnival, Wynn Resorts and Ralph Lauren in addition to Ford.

"I think it really depends on what your time horizon is," she said. "For the near term, I actually think that we'll see outperformance from consumer staples stocks. They don't tend to be the most exciting position, but in a weaker tape, which it appears that we have upon us with the loss of momentum behind the major indices, we are seeing some early indications of rotation into consumer staples."

Wall Street may not even be optimistic enough for what's to come, said Ari Wald, head of technical analysis at Oppenheimer.

"We do like themes that typically outperform in a bull market, which we think continues through 2021," he said in the same "Trading Nation" interview. "That's going to include consumer cyclicals."

"The stock broke above its pre-Covid peak in the fourth quarter in December. It consolidated there, came back, tested that breakout point in January. Very often, prior resistance becomes support. That's what happened," he said. "Now, [it's] inflecting higher again. We think that is a resumption of a very big breakout in price and we expect that price to continue to go higher."