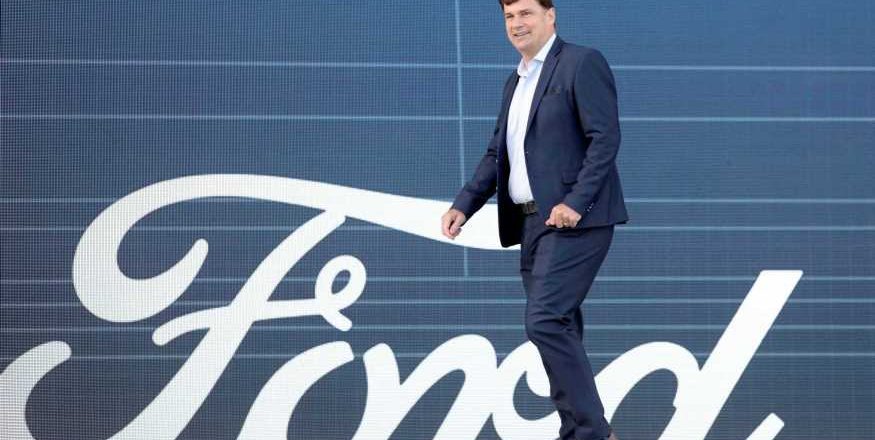 DETROIT – Ford Motor has hired an online retail sales veteran as its new chief digital and information officer – marking the second high-profile appointment to CEO Jim Farley's executive team in the past week.

The automaker said Monday that Mike Amend, who was most recently president of online for Lowe's, will oversee Ford's data, software and technology, effective immediately. Those are key areas to Farley's Ford+ turnaround plan that's designed to reposition the automaker to generate more recurring revenue through software services.

"Mike adds dimension to our team as we use technology and software to transform our company and transportation from the inside-out," Farley said in a statement.  "Ford has always been an innovator in vehicles; now we're taking our digital capabilities to new levels to further differentiate ourselves with customers and from competitors."

At Lowe's, Amend assisted in turning around the retailer's online strategy. The company's online sales more than doubled in 2020 compared with the year prior. The overhaul made it better positioned to capture dollars during the home improvement boom and it added a lot of new options, such as curbside pickup and in-store lockers where customers could retrieve online purchases.

Before Lowe's, Amend, 43, held similar positions with JCPenney and The Home Depot, according to his LinkedIn profile. He also previously worked at Dell Technologies and Sprint.

Amend and Field are major hires for Ford, which is viewed by many investors as being behind crosstown rival General Motors when it comes to emerging technologies such as electric and automotive vehicles. Both are focuses under Ford's turnaround plan.