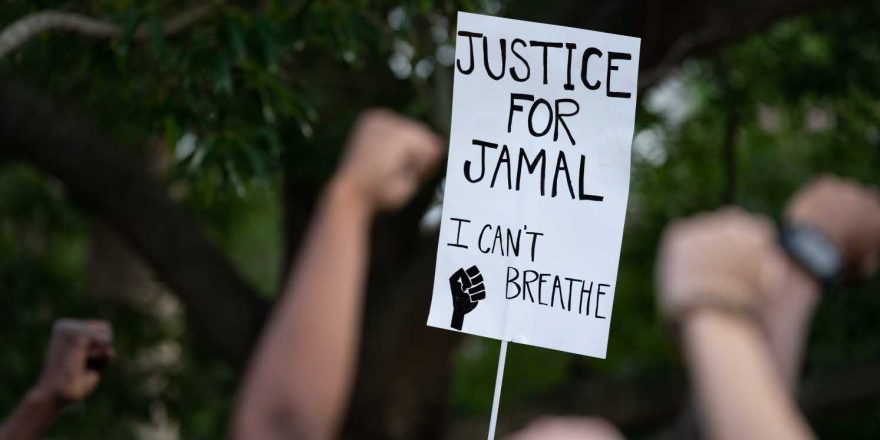 Family of Jamal Sutherland, Black man who died in South Carolina jail, to get $10M settlement

Officials agreed Tuesday to pay $10 million to the family of a Black man who died after two sheriff’s deputies used pepper spray and stun guns on him in a South Carolina jail in January.

The Charleston County Council unanimously approved the settlement for the family of Jamal Sutherland, 31, as the country marked the one year anniversary of the killing of George Floyd on Tuesday. Council Chairman Teddie Pryor said at the meeting he had met with Sutherland’s family and pledged to work on reform.

“We know that no amount of money will bring their loved one back, but I think this starts the healing process,” Pryor said. “This should never happen to anyone ever again. Ever.”

Sutherland was arrested after officers were called to investigate a fight at Palmetto Behavioral Health, a mental health and substance abuse center. He was booked into jail on Jan. 4

The next morning, the deputies arrived to take him to a court appearance and then repeatedly tased him after he refused to be handcuffed and leave his cell, according to video released by the county on May 13. The deputies repeatedly order him to kneel and to enter the cell, and they pepper-sprayed him, video shows.

One deputy put his knee on Sutherland’s back for more than two minutes as he was handcuffed. Sutherland can be heard saying “I can’t breathe.”

An hour later, he was pronounced dead. His death sparked protests and calls for criminal charges.

CHARLESTON, SC – MAY 17: Protestors raise their fists, calling for justice for Jamal Sutherland at Marion Square on May 17, 2021 in Charleston, South Carolina. Sutherland, a black man suffering from mental illness, died after Charleston County deputies shocked him with a stun gun when removing him from a jail cell. Activists want charges brought against the deputies. (Photo by Sean Rayford/Getty Images) ORG XMIT: 775655560 ORIG FILE ID: 1232957570 (Photo: Sean Rayford, Getty Images)

An initial statement released on Sutherland’s death said deputies had “reported an unresponsive inmate” and notified state police, per standard procedure. The deputies were placed on administrative leave with pay.

Mark Peper, an attorney for the Sutherland family, said that Sutherland’s schizophrenia and bipolar disorder were so severe that he should never have been held in a nonmedical portion of the jail, and that the videos portrayed a “use of force that was so unnecessary and excessive that there are no words.”

“I must weigh the interest of public safety for the community against any incident that creates even the perception of an impairment to the operation of the Detention Center for the safety of all residents, staff and our community,” Graziano said in a statement.

Wilson said an autopsy report found Sutherland died “as a result of excited state with pharmacotherapeutic effect during subdual process” and that the extrication process did have any “unusual or excessive interactions or areas of direct concern.”

Wilson said she is seeking a second opinion on the pathologist’s finding and expert opinions on use of force in a detention setting. She hopes to conclude the investigation by the end of June, local media reported.

Lethal force? Tasers are meant to save lives, yet hundreds die after their use by police