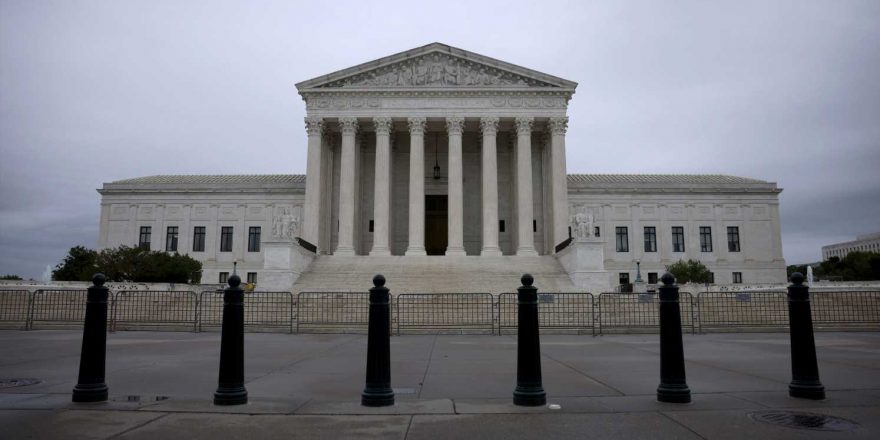 The claim: The Supreme Court has “canceled universal vaccination”

As more than 40 states consider legislation that would prohibit COVID-19 vaccine mandates, an old hoax about the Supreme Court and vaccination has been resurrected on social media.

A screenshot published in a May 27 Instagram post says the highest court in the nation has “canceled universal vaccination.”

“Bill Gates, US Chief Infectious Disease Specialist (Dr. Anthony) Fauci, and Big Pharma have lost a lawsuit in the US Supreme Court, failing to prove that all of their vaccines over the past 32 years have been safe for the health of citizens!” text in the screenshot reads. “The lawsuit was filed by a group of scientists led by Senator Kennedy.”

The screenshot traces back to a May 23 article from Inspirer Radio, a Nigerian website. The “senator” referenced in the article and related social media posts is Robert F. Kennedy Jr., an anti-vaccine activist and the nephew of President John F. Kennedy. The Inspirer Radio article includes a long anti-coronavirus vaccine screed attributed to Kennedy.

Ikedieze Kanu Okorie, CEO of the company that operates Inspirer Radio, told USA TODAY he didn’t have any “strong evidence” to support the original story and had published a fact check on his website May 26 pointing out it isn’t true. That check was originally published by the Agence France-Presse in April.

But Inspirer Radio left the original story online as of May 28.

USA TODAY reached out to social media users who shared the claim for additional comment.

The federal government does not require universal vaccination in the U.S., and the Supreme Court hasn’t weighed in on the issue.

A search for recent cases on universal vaccination turned up no results from the Oyez Project, an unofficial Supreme Court archive. A docket search on the court’s website also didn’t turn up any recent rulings on vaccines. And there are no cases in either search naming Gates and Fauci as co-defendants.

There is no federal law that mandates vaccines for all citizens. Instead, states and employers generally have the right to require vaccination.

For example, all 50 states require some vaccines for children attending public schools, with exceptions for those with disabilities or with religious, philosophical or medical objections. To date, no states have passed laws requiring COVID-19 vaccination, and then-President-elect Joe Biden said in December that he would not make COVID-19 vaccines mandatory.

In the past, the Supreme Court has upheld laws requiring vaccination.

In the 1905 Supreme Court decision Jacobson v. Massachusetts, the court found a Massachusetts law permitting vaccine mandates did not violate the right to liberty protected by the 14th Amendment.

The claim about a Supreme Court decision on universal vaccination appears to stem from a 2018 Freedom of Information Act lawsuit filed in a U.S. district court in New York, AFP reported.

That lawsuit, filed by the anti-vaccine Informed Consent Action Network and backed by Kennedy, alleged the U.S. Department of Health and Human Services withheld reports on vaccine side effects.

The department did not locate records responsive to ICAN’s public information request, but it had monitored vaccines for safety. The lawsuit was filed in the U.S. District Court for the Southern District of New York — not the Supreme Court — and it did not deal with the legality of universal vaccination.

“That statement is untrue. Idk where it came from,” Kennedy told USA TODAY in an email.

USA TODAY reached out to the Supreme Court for comment.

The claim that the Supreme Court has “canceled universal vaccination” is FALSE, based on our research. The Supreme Court has not recently ruled against vaccine mandates. To the contrary, the court has previously upheld states’ authority to require vaccination. The claim is an old hoax that has been repeatedly debunked by independent fact-checkers.