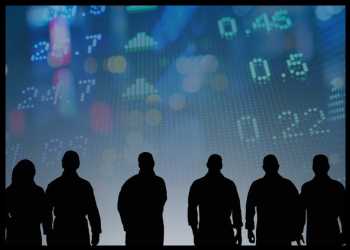 European stocks were mixed on Friday, with commodity-related stocks declining as a stronger dollar dented oil and metal prices.

Inflation worries ebbed somewhat, with analysts saying that the current wave of price spikes due to chronic worldwide supply constraints would not last long and inflationary pressure will eventually ease, rather than strengthen.

The dollar climbed for a third day and headed for its best week in almost five months against major peers amid bets for earlier Federal Reserve interest rate hikes.

Short-dated U.S. Treasury yields edged higher as traders price in two rate hikes next year – a first rate increase by July and a high likelihood of another by November.

Closer home, the European Central Bank appears unlikely to change its extremely dovish policy settings in the near term against a backdrop of a slowing economy.

The pan European Stoxx 600 was marginally lower at 485.19 after rising 0.3 percent in the previous session.

The German DAX and France’s CAC 40 index were marginally lower, while the U.K.’s FTSE 100 dropped half a percent.

Swiss luxury group Richemont soared 9 percent. The company said higher sales, a higher gross profit and good cost control have resulted in a six-month operating profit of 1.95 billion euros, up by 331 percent over the prior-year period.

Anglo American, Antofagasta and Glencore fell about 1 percent each as the dollar rose against major peers on bets of an earlier-than-expected interest rate hike.

TotalEnergies fell about 1 percent, BP Plc lost 1.1 percent and Royal Dutch Shell gave up 1.3 percent as oil fell and headed for its longest run of weekly losses since March.

Redrow rose nearly 2 percent. The housebuilder said its results in the 2022 financial year will approach those achieved in 2019.

John Wood Group shares plunged 6.2 percent. The company said it has started a strategic review of the part of its Consulting business facing the built environment end market.

Deutsche Wohnen SE shares rose about 1 percent. The German property firm has reaffirmed its earnings guidance for the current fiscal after posting a rise in its Funds From Operations for the nine-month period ended in September.