Home » Business » England's lifting of Covid lockdowns is a danger to the entire world, experts warn 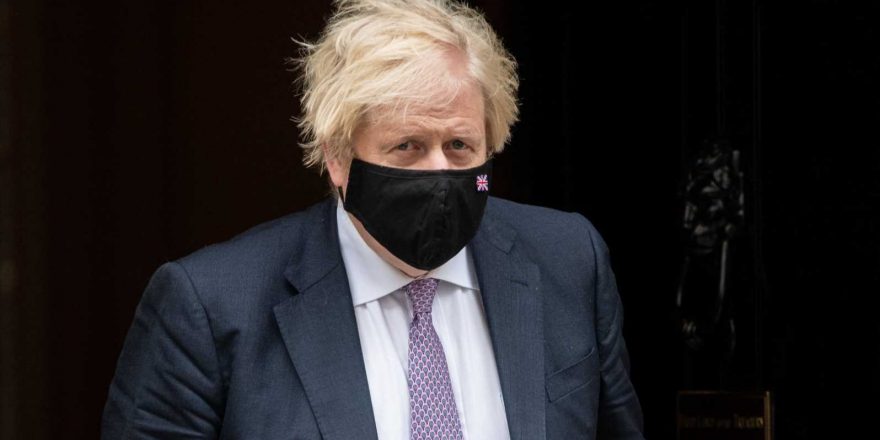 England's lifting of Covid lockdowns is a danger to the entire world, experts warn

LONDON — Global scientists have criticized the U.K. government's plans to ease almost all Covid-19 restrictions, calling it unethical and dangerous for the entire planet.

Gathering at a virtual summit on Friday, leading scientists and government advisors from all over the world warned that Britain was heading for disaster by removing most of its remaining restrictions on Monday.

The event came as more than 1,200 scientists backed a letter to the Lancet medical journal, in which U.K. Prime Minister Boris Johnson's plans were dubbed "dangerous and premature."

England will see most of it last remaining restrictions, including mandatory mask-wearing and social distancing, removed on Monday, which Johnson has said will be an "irreversible" move.

Johnson has fiercely defended his new strategy and has argued that now is "the right time to proceed," before the weather turned colder and as "the natural firebreak of the school holidays" approached.

"It is absolutely vital that we proceed now with caution … we cannot simply revert instantly from Monday to life as it was before Covid," he said at a press conference Monday.

Speaking on Friday's panel, Christina Pagel, director of the Clinical Operational Research Unit of London's UCL, warned that there was potential for a new variant of Covid to emerge this summer.

"Any mutation that can infect vaccinated people better has a big selection advantage and can spread," she said. "And because of our position as a global travel hub, any variant that becomes dominant in the U.K. will likely spread to the rest of the world — we saw it with alpha, and I'm absolutely sure that we contributed to the rise of delta through Europe and North America."

"The U.K. policy doesn't just affect us, it affects everybody — everybody has a stake in what we do," she added.

Clinical epidemiologist Deepti Gurdasani, who also attended the summit, agreed, saying on Twitter before the event that "the world is watching the current avoidable crisis unfold in the U.K."

Michael Baker, a professor of public health and a member of the New Zealand Ministry of Health's advisory group, said he was "amazed" by the British government's plans to lift almost all restrictions on Monday.

Baker suggested the U.K. government seemed to be reverting to a "herd immunity approach," which he dubbed "completely unacceptable," arguing that the strategy had "failed dismally around the globe."

New Zealand has widely been seen as successful at suppressing the coronavirus within its borders, and life in the island nation has returned to a state of relative normalcy. The country currently has 48 "active" cases, all of which were found in people entering the country, and nine of which were reported in the last 24 hours. There are zero cases within the community, according to New Zealand's Ministry of Health.

William Haseltine, a U.S. virologist and chair and president of ACCESS Health International, told the panel at Friday's summit that the world had "always looked to the U.K. for great, sensible policies."

"Unfortunately, that has not been the case for the Covid pandemic," he said. "What I fear is that some of the worst impulses in many of our states will follow the U.K. example."

Haseltine slammed so-called herd immunity strategies — where populations are allowed to build up natural immunity to an illness through exposure to it — as "murderous."

"I think that's a word we should use, because that is what it is. It is knowledge that you are doing something that will result in thousands, and in some cases tens of thousands of people dying," he said.

"It is disaster as policy, it's been clear that that's been the case for some time, and to continue to espouse that policy is unconscionable."

Jose M Martin-Moreno, a professor of public health at the University of Valencia in Spain, echoed Haseltine's concerns about other parts of the world following the U.K.'s lead.

"We cannot understand why this is happening in spite of the knowledge that (the U.K.) has," he said, cautioning that other countries may begin to "mimic" British policies.

"If we remove the tools that contain the transmission — this is it," he added.

Yaneer Bar-Yam, president of the New England Complex Systems Institute and founder of the World Health Network, said that now was the time for governments to act — but in the opposite direction of British lawmakers.

"Opening up when the pandemic is still propagating doesn't make sense for protection of the public," he said. "Everybody is affected once the pandemic is out of control."

Meanwhile, Shu-Ti Chiou, founding president of Taiwan's Health and Sustainable Development Foundation, said it was unethical to "take the umbrella away from people without a raincoat while it's raining very hard." She also raised concerns that with children unable to be vaccinated, they would be "left behind" due to the high prevalence of "long Covid" among young people.

However, there were also warnings that even those who were fully vaccinated would feel the impact of high transmission rates.

Music festival in the Netherlands leads to over 1,000 Covid infections

Covid cases are surging again in Latin America and the U.S., WHO officials warn

Meir Rubin, a lawyer who advises the Israeli government on risk management, warned that "even the best vaccines are only a tactic and not a strategy."

In one region of Israel, he noted, more than 80% of the population had been fully vaccinated with the Pfizer-BioNTech vaccine, but there had still been a "serious outbreak" of Covid. Rubin told the panel that without eliminating the virus, even a vaccinated population could "collapse under the next variant."

"An infectious carrier of the delta variant will infect his family even when they are fully vaccinated. If you live with a child who is a delta carrier, he will infect the parents," he said, adding that Israel was seeing serious cases and hospitalizations even in fully vaccinated patients.

Haseltine also noted that vaccines alone would not bring an end to the pandemic.

"Even if you are fully vaccinated, you must follow serious efforts and control to try to eliminate, not just mitigate, the problem. Policies that open up the country in the midst of a growing wave of infections are counterproductive in the most extreme," he warned.