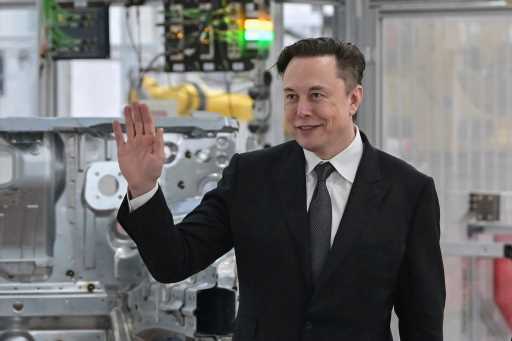 Tesla founder Elon Musk has acquired 73.5 million shares in Twitter, or 9.2% of the company, sending its shares up more than 20% but prompting uneasiness about his intentions.

An SEC filing this morning listed the date of the $2.9 billion purchase as March 14. It isn’t yet clear what motivated the billionaire to become Twitter’s largest shareholder. Last December he posted a meme about the company’s recent management transition, drawing a parallel with the Stalin-era Soviet Union. Founder and two-time CEO Jack Dorsey stepped down unexpectedly last November, handing the baton to longtime exec Parag Agrawal.

“Elon has his eyes laser set on Twitter,” Wedbush Securities analyst Dan Ives wrote in a note to clients, alluding to the online touch-up given to photos of cryptocurrency zealots like Musk. “We would expect this passive stake as just the start of broader conversations with the Twitter board/management that could ultimately lead to an active stake and a potential more aggressive ownership role of Twitter.”

Steve Wilhite Dies: Beloved Inventor Of The GIF Was 74

Shares in Twitter surged 20% in early trading to surpass $47, their highest level since Dorsey’s exit.

The issue of free expression, which has dogged Twitter and other social media companies in recent years, appears to be a consideration for Musk. He recently polled his 80 million Twitter followers, asking them if they thought the company supported free speech. More than 70% responded negatively, leading Musk to muse about starting his own platform.

With Agrawal at the wheel, investors are watching closely to see if the company can meet its ambitious growth targets. Twitter has projected it will reach $7.5 billion in annual revenue and 315 million daily users by the end of 2023. Agrawal has also promised to improve product execution, increase accountability, make decisions faster.

Musk, who also runs SpaceX, has a net worth in the area of $270 billion. Last year, he surpassed Amazon founder Jeffrey Bezos to become the world’s richest person.