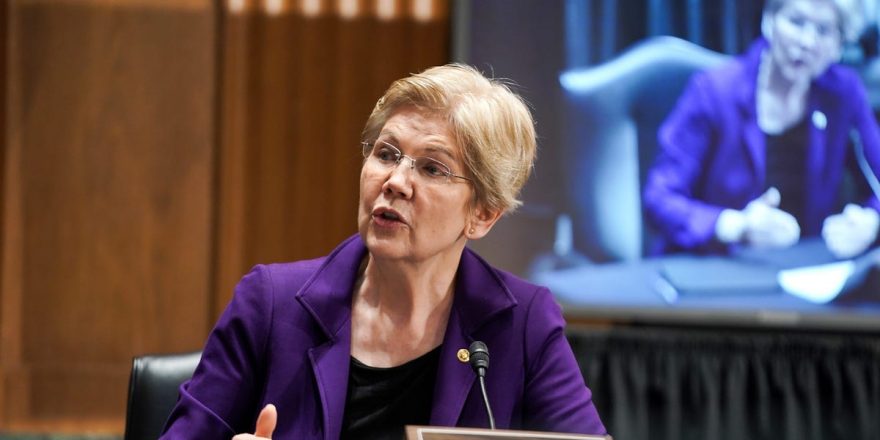 Ahead of President Joe Biden’s second infrastructure proposal unveiling on Wednesday, Sen. Elizabeth Warren of Massachusetts released a plan on Tuesday to help families get quality, affordable child care in the US.

CBS News first reported that Warren, alongside Rep. Mondaire Jones of New York, reintroduced a $700 billion Universal Child Care and Early Learning Act to ensure families making up to twice the federal poverty line would be guaranteed free access to child care. Families earning more than that would pay a subsidized amount based on their income, but no family would pay more than 7% of their income for public child care, according to a press release. Warren first proposed the plan in 2019, ahead of her presidential campaign.

According to the release, Warren and Jones proposed their plan be paid for by Warren’s wealth tax, which economists Emmanuel Saez and Gabriel Zucman of the University of California at Berkeley estimate would bring in at least $3 trillion in revenue over 10 years.

“We must invest $700 billion to fix our broken childcare system and ensure that women and families are not left behind in our recovery. Our legislation would guarantee all parents affordable access to safe and nurturing childcare and early learning opportunities for their kids,” Warren said in a statement. “Expanding quality childcare would create jobs, increase productivity, and have lifelong benefits for children’s development and growth.”

The plan also calls for mental and physical health and dental care for children who need it, along with increased pay for childcare workers by requiring their wages be comparable to local public school teachers.

Warren and Jones’ legislation comes amidst a series of recent proposals to improve the US childcare system. Last week, Insider reported that Sen. Patty Murray of Washington and Rep. Bobby Scott of Virginia reintroduced the Child Care for Working Families Act (CCWFA), which would cap how much families pay for childcare, and make it free to some.

The upcoming second part of Biden’s two-part infrastructure plan will be largely focused on funding childcare and education initiatives to directly help families, such as free community college.

“Our childcare system is deeply broken, and those who can least afford it are paying the highest price as a result,” Jones said in a statement. “If we want a country, and an economy, that works for all Americans, we need universal childcare.”