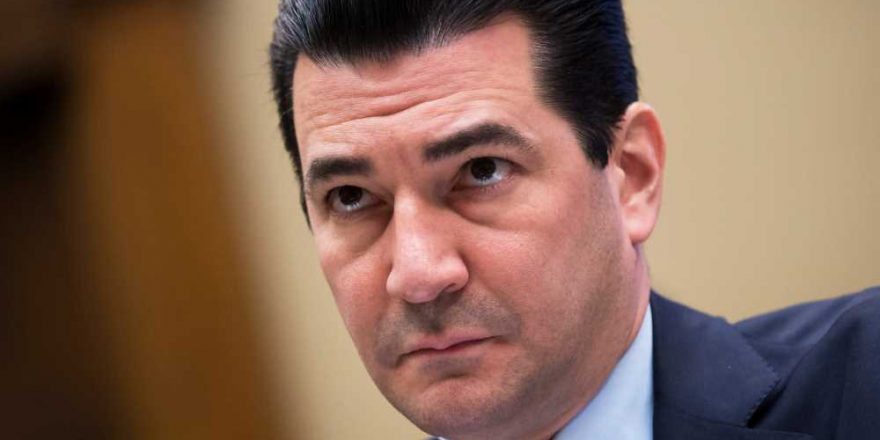 Dr. Scott Gottlieb told CNBC on Friday he believes the coronavirus is significantly more widespread in the U.S. than official case counts reflect as the highly contagious delta variant sweeps the nation.

"I wouldn't be surprised if, on the whole, we're infecting up to a million people a day right now, and we're just picking up maybe a 10th of that or less than a 10th of that," the former Food and Drug Administration commissioner said in an interview on "Squawk Box." Gottlieb now serves on the board of Covid vaccine maker Pfizer.

The current seven-day average of new daily coronavirus cases in the U.S. is roughly 67,000, according to a CNBC analysis of Johns Hopkins University data. That's up 53% compared with a week ago, as the country grapples with a surge in new infections driven largely by delta, first discovered in India and now the dominant variant in the U.S.

"What it reflects is a reality where you have a highly transmissible variant that's widely spread across the U.S. right now that's spreading mostly in a population that's either vaccinated and developing mild symptoms or no symptoms at all; or spreading in a younger population that's also less likely to develop symptoms because they're younger, healthier," Gottlieb said, when asked by "Squawk Box" co-host Andrew Ross Sorkin how the physician arrived at his "staggering" estimation of 1 million new infections a day.

"Most of the spread and most of the people who are showing up in the hospital are younger people. If that's where the infection is occurring, then there must be a lot more infection underneath the small numerator that's showing up in the hospital," added Gottlieb, who led the FDA from 2017 to 2019 in the Trump administration. He's become a closely watched voice during the pandemic, routinely appearing on CNBC and other media outlets to offer his analysis on the health crisis.

The highest seven-day day average of new Covid cases recorded in the U.S. was roughly 251,000 on Jan. 8, according to CNBC's analysis. Case counts had dropped off dramatically in the spring as the country's vaccination campaign picked up speed.

But in recent weeks, as U.S. cases again started to accelerate, Gottlieb has said a large number of coronavirus infections were likely going unreported, partly because the testing landscape is different now than at previous stages in the pandemic. In the early days, Gottlieb suggested the actual case counts were much higher than official tallies due to scarce testing resources.

Now, he has said it's a different situation, where the discrepancy between case counts and true infection levels stems from people who remain asymptomatic or develop only mild symptoms not going to get tested. Additionally, Gottlieb previously told CNBC people can now complete at-home tests and those results are unlikely to make their way to health authorities and then show up in official case counts.

Gottlieb reiterated Friday his view that the U.S. is much further into the surge of delta-driven infections than others believe. "This delta wave will pass, probably at some point in September," he predicted.