Home » Business » Do you think you have a spending problem? How to spot one and fix it 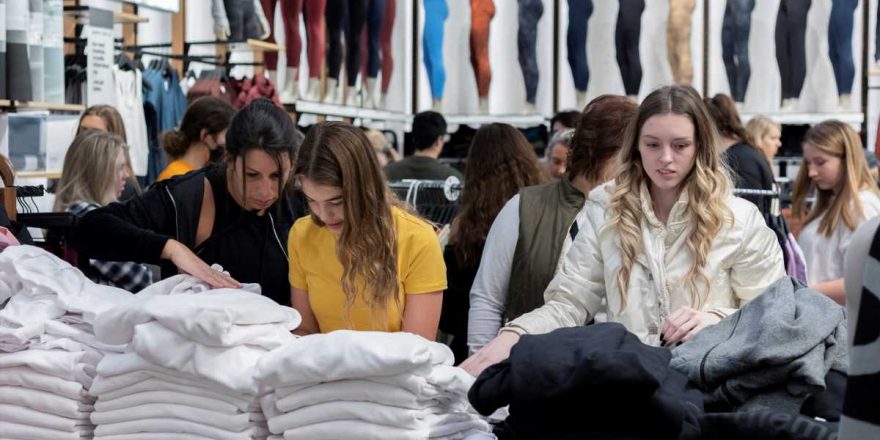 Do you think you have a spending problem? How to spot one and fix it

As the year comes to a close, many Americans may be looking at getting serious about their personal finances in 2022.

Some may even be wondering if they have a spending problem and, if so, what they can do to get back on track.

The last few months of the year may have made it difficult to stick to a budget, especially one that hadn't been updated for the new normal. Following Covid-19 vaccinations and loosened pandemic restrictions in the spring, many Americans were feeling good about shopping and going out again after a year and a half inside.

More from Invest in You:
Four unhealthy beliefs about money you may have learned in childhood
Your financial wrap-up: 4 savvy money moves to make before year-end
The December child tax credit payment may be the last

But at the same time, inflation hit and strapped consumers with higher prices for goods and services such as dining out and gas.

To combat this and keep your budget in check, here are some red flags financial experts say to watch out for to catch a spending problem, as well as what people can do to fix one.

You're piling up debt

An early sign that you might have a spending problem is that you're wracking up debt, especially on high-interest credit cards.

This is especially concerning if you suddenly find that you can't make a full payment at the end of the month, need to reduce the amount you owe or can't even pay the minimum amount, according to Jacqueline Schadeck, a certified financial planner based in Atlanta.

Of course, it's likely that credit card balances will increase after a year of not spending much on going out, said Susan Greenhalgh, an accredited financial counselor who runs Mind Your Money in Providence, Rhode Island.

"We were kind of getting used to very low credit card statements every month, and now they've gone up considerably," she said.

Having a higher bill one month isn't immediate cause for concern, but is something to monitor for the next few credit cycles and consider if you need to re-establish your budget, she said.

Another thing to watch for that could indicate you're spending above your means is a sudden drop in your credit score.

"If all of a sudden you've now put travel and clothes and restaurants on [your credit card] and you're not thinking about it, don't surprised if your credit score goes down," she said.

You're letting your emotions guide spending

After a year of not doing many of the things we'd like to do, it can be tempting to let our emotions take over and spend without limits. This may be especially difficult amid an uneven recovery, where the pandemic was beneficial or net-neutral for some Americans but very damaging for others.

"You see some people get in trouble around this because they're using spending as a way to just be accepted and keep up," said Adam Blum, a licensed psychotherapist and the founder of the Gay Therapy Center. He added that this has particularly been noticed as a problem among gay men.

"When we go unconscious and don't think about what we're doing, it's more likely we're going to make mistakes that we regret," Blum said.

You've tried to budget or curb spending, but are having trouble

Of course, some things post-pandemic will cost more due to inflation and overloaded supply chains.

If your spending is boosted as a result of this, it might be undesirable, but it isn't necessarily a problem, said George Blount, a financial therapist and managing partner at nBalance Financial in Cambridge, Massachusetts.

On the flip side, if your spending has become uncontrollable, that's a red flag, he said. And, if you've tried to budget using a system or a product that just isn't working for you, that's also cause for concern.

In addition, if you make a lot of money but just aren't sure where it's going, that could signal overspending, according to Schadeck.

To solve a spending problem, financial experts recommend getting well acquainted with the details of where your money is going and the emotions behind purchases.

"I always encourage people to get mindful about their money," Greenhalgh said.

That means looking at their spending for a few months in a row, she added.

Set aside some quiet time with your bank account and credit card statements and really see where the money is going, she said. Then, assess what you feel good about, and what you're not so happy about. This could include comparing expenses to a pre-pandemic budget, identifying any shifts in spending and course correcting if needed.

Being connected to where you're spending can help you form new habits, Greenhalgh said.

If you're still having trouble with spending or feel it might be tied to emotions you're struggling to control, seeking help from a therapist or financial therapist can help you work through those issues.

You can also do certain exercises such as checking in with your emotions before making any purchase, Blum said.

"Everything we do has an emotional component, and if we don't know what those are, we're kind of operating at a loss, we're stuck," he said. By asking yourself why you're making a purchase before swiping your credit card, you can become more aware of the emotional component and address it.

CHECK OUT: How to make money with creative side hustles, from people who earn thousands on sites like Etsy and Twitch via Grow with Acorns+CNBC.