Home » ‘Do not fill plastic bags with gasoline’: US Consumer Product Safety Commission weighs in on gas shortage in Southeast 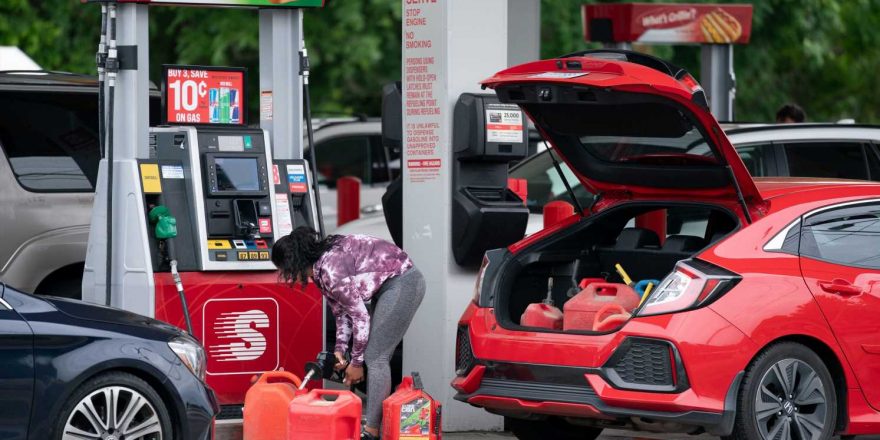 ‘Do not fill plastic bags with gasoline’: US Consumer Product Safety Commission weighs in on gas shortage in Southeast

As many people in the Southeast deal with rising gas prices and with stations running out of fuel in the wake of the cyberattack on a crucial regional pipeline, the U.S. Consumer Product Safety Commission has a message.

“Do not fill plastic bags with gasoline,” the agency tweeted Tuesday morning.

In a series of tweets, the federal agency reminded people of other safety measures people should take when trying to get fuel as some fear local stations will run out of gas.

Reminders included using containers approved to store fuel and following manufacturer instructions for storing and transporting gasoline, as well as not pouring gasoline near any open flames.

The agency recognized that desperate times are calling for some desperate measures.

“We know this sounds simple, but when people get desperate, they stop thinking clearly. They take risks that can have deadly consequences. If you know someone who is thinking about bringing a container not meant for fuel to get gas, please let them know it’s dangerous,” the USCPSC tweeted.

What’s going on in the Southeast?: What you need to know about the Colonial Pipeline cyberattack, gas prices, shortages

Flame jetting is a sudden and possibly violent flash fire that can occur when pouring flammable liquids from a container over an exposed flame or other ignition source.

NEVER pour flammable liquids from a container over an exposed flame. pic.twitter.com/HoVuWf1gmt

Gas prices jumped just above $3 a gallon Wednesday. The national average price for gas is up 8 cents from a week ago to $3.01, according to the latest figures from AAA. That marks the first time national prices have topped $3 since 2014.

Operators of the Colonial Pipeline, a major system that delivers fuel across the East Coast, had to shut it down Saturday following a ransomware attack.

Following the shutdown, motorists have flocked to stations to top off their tanks, fearing shortages, even though pipeline officials have said they expect to “substantially” restore service by the end of the week, likely limiting most of the fallout.