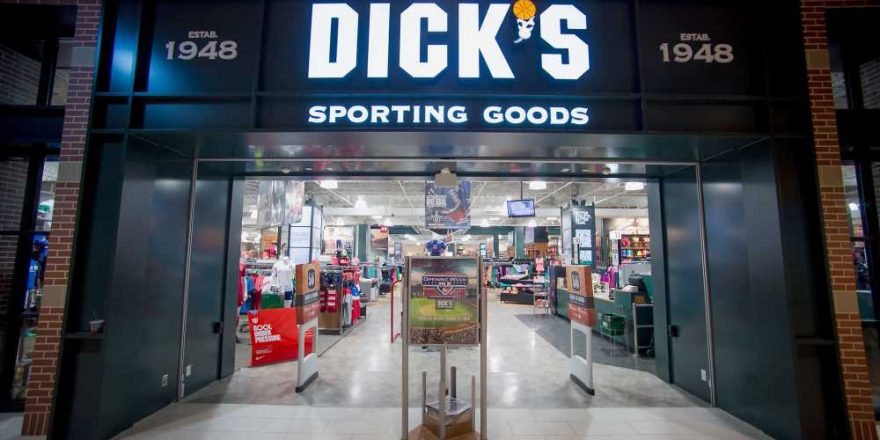 Dick's Sporting Goods shares rose on Wednesday after the retailer reported sales growth of 21% in the fiscal second quarter and raised its outlook for the year.

Shares were up about 11% in premarket trading.

Here's what the company did for its fiscal second quarter ended July 31 compared with what Wall Street was expecting, based on a survey of analysts by Refinitiv:

Excluding items, it earned $5.08 per share, far higher than the $1.85 per share expected by analysts surveyed by Refinitiv.

Same-store sales, which track sales at stores open for at least 12 months, were up 19.2% in the second quarter.

Dick's has added new merchandise and opened more experiential stores, as its sales have taken off. It launched a men's athleisure brand, VRST, in March. It opened its largest store yet, called House of Sport, in a suburb of Rochester, New York in April. The store includes indoor rock climbing wall, putting green and health-and-wellness shop — and a track and turf field outside. And it's tried to tap into consumers enthusiasm for pandemic-inspired hobbies, from playing tennis to running in the neighborhood.

Dick's Executive Chairman Ed Stack, who was formerly CEO, said the retailer is investing "to reimagine the athlete experience in our core business and with new concepts."

"We said 2021 was going to be the most transformational year in our history, and so far, it certainly has been," he said in a press release.

Based on its second-quarter performance, Dick's said it would step up its capital spending. It said it planned a special dividend of $5.50 per share and would double its planned share repurchases for the year to a minimum of $400 million.