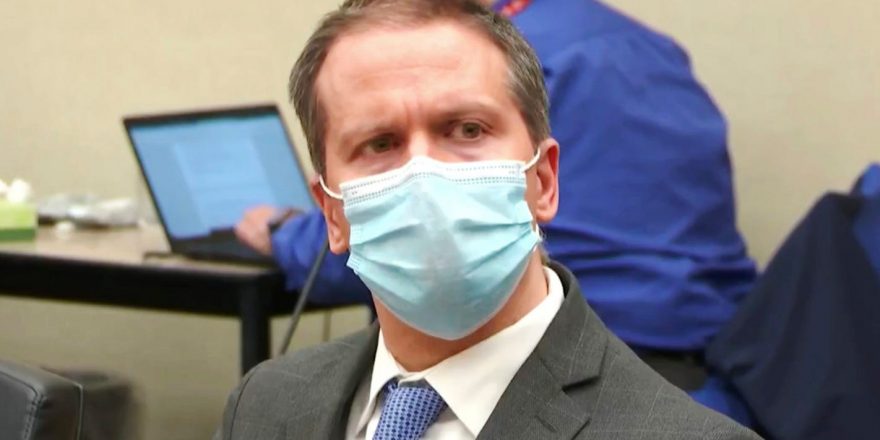 Former Minneapolis police officer Derek Chauvin may face up to 30 years in prison  after a Minnesota judge ruled there were several aggravating factors in the murder of George Floyd.

Chauvin, 45, abused his authority as a police officer when he restrained Floyd last May by kneeling on his neck for more than nine minutes and not rendering medical aid even when it became clear Floyd was in medical distress, Judge Peter Cahill said in a ruling made public Wednesday.

Cahill also found Chauvin treated Floyd with “particular cruelty” because of the “prolonged nature of the asphyxiation” and because Floyd made it clear he was having trouble breathing. Floyd can be heard saying “I can’t breathe” at least 27 times in bystander video of his death.

Cahill ruled there were two more aggravating factors: the crime was committed in the presence of children and with the active participation of at least three other persons.

Prosecutors also argued a fifth aggravating factor, that Floyd was “particularly vulnerable” because he was handcuffed, placed in the prone position and intoxicated. But Cahill ruled the state had not proved that beyond a reasonable doubt.

Minnesota sentencing guidelines recommend a sentence of 12½ years for a first-time offender like Chauvin. Judges can sentence someone to as little as 10 years and eight months or as much as 15 years and still be within the advisory guideline range.

Due to the aggravating factors, Chauvin may face up to 30 years in prison, though the judge may sentence him to less. He is scheduled to be sentenced in June.

No matter the sentence, in Minnesota it’s presumed that a defendant with good behavior will serve two-thirds of the penalty in prison and the rest on supervised release, commonly known as parole.

How long will Derek Chauvin be in prison? What to know about the guilty verdict in George Floyd’s murder

On April 30, Minnesota Attorney General Keith Ellison filed paperwork asking that Chauvin be given a more severe prison sentence because of these aggravating factors. Prosecutors wrote that Chauvin’s actions “inflicted gratuitous pain” and psychological distress on Floyd and the bystanders who witnessed his death.

Defense attorney Eric Nelson opposed a tougher sentence, saying the state has failed to prove that those aggravating factors, among others, existed when Chauvin arrested Floyd on May 25, 2020.

Nelson also argued that Floyd was not treated with particular cruelty and that there was no evidence the assault involved gratuitous pain that’s not usually associated with second-degree murder.

Meanwhile, a federal grand jury has indicted Chauvin and the three other former Minneapolis police officers charged in Floyd’s death for violating Floyd’s civil rights, which could add more years to the sentences the former officers may face. Those charges, which were unsealed May 7, accuse them of violating a federal law that forbid government officials from abusing their authority.

Chauvin is also facing another federal indictment stemming from a 2017 confrontation with a 14-year-old.