About a hundred people gathered on Wednesday outside a Netflix office in Los Angeles to protest Dave Chappelle’s latest stand-up special, "The Closer," in which he made remarks that some viewed as offensive to the transgender community.

Protesters held signs with the phrases "Trans lives matter" and "Transphobia is not a joke" among others, getting pushback from counterprotesters who also showed up. There were a few moments of shoving and pushing among the competing demonstrators, but the conflict was mostly limited to a war of words.

The scheduled walkout was planned by Netflix employees seeking to highlight their objections to the comedy special and the company's handling of it.

"brb walking out," Most, the streaming service's LGBTQ-themed social media, wrote in a tweet Wednesday.

Other Netflix stars voiced their support of the walkout on social media as well.

Elliot Page, who stars in Netflix’s "The Umbrella Academy" and is transgender, tweeted that he stands with the trans, nonbinary and people of color working at Netflix who are "fighting for more and better trans stories and a more inclusive workplace."

"Schitt's Creek" creator, writer, actor, and director Dan Levy also posted a message of solidarity on Twitter. He signed a multiple-year overall film and TV deal with Netflix in September 2021.

Levy wrote, "I stand with every employee at Netflix using their voice to ensure a safe and supportive work environment. I’ve seen firsthand how vital television can be when it comes to influencing the cultural conversation. That impact is real and works both ways: positively AND negatively. Transphobia is unacceptable and harmful. That isn’t a debate."

Ashlee Marie Preston, an activist and the event's organizer, addressed the rally and spoke to The Associated Press afterward. She said that calling out Chappelle for his remarks wasn’t enough.

"It was important to shift the focus to the people that sign the checks, because Dave Chappelle doesn’t sign checks, Netflix does," Preston said. "If we have companies like Netflix who aren’t listening to their employees, who are forcing their employees to participate in their own oppression, that’s unacceptable."

"We're here to keep people accountable. We’re not going anywhere," she said, adding that efforts are underway to start a dialogue with Netflix executives.

Earlier on Wednesday, Team Trans(asterisk), which identifies itself as supporting "trans people working at Netflix trying to build a better world for our community," posted what it called a list of "asks" being made of Netflix by trans and nonbinary workers and allies at the company. 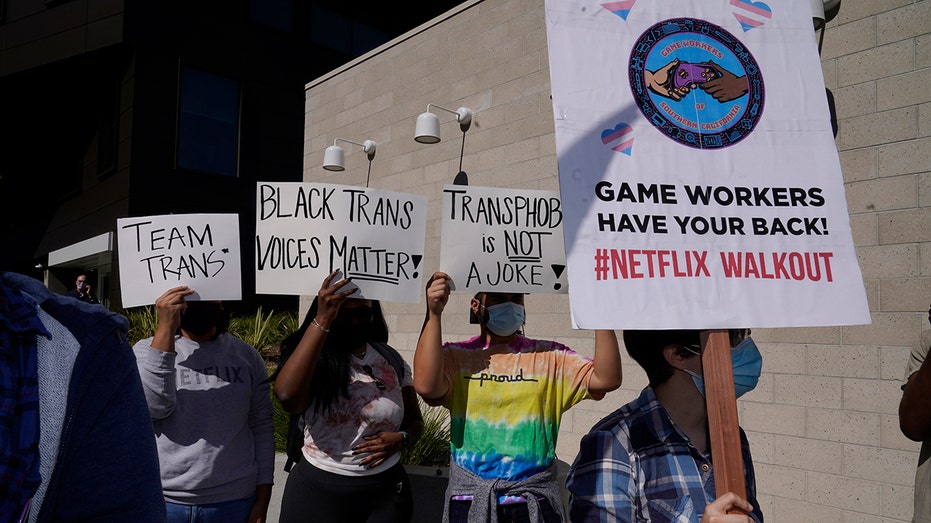 They are calling on the company to "repair" its relationships with staff and the audience with changes involving the hiring of trans executives and increased spending on trans and nonbinary creators and projects.

"Harm reduction" is another demand, which according to the list, includes acknowledgment of what it called Netflix’s "responsibility for this harm from transphobic content, and in particular harm to the Black trans community." 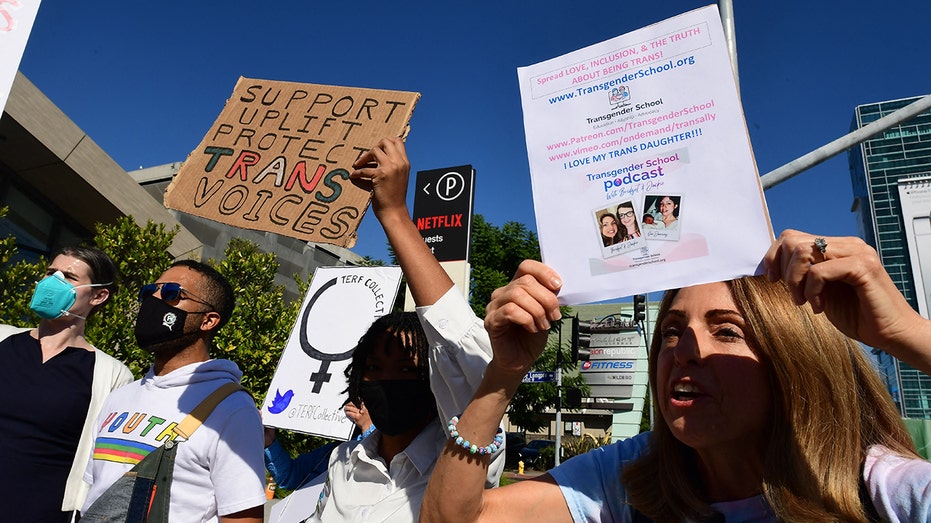 In a statement, the media watchdog group GLAAD said it salutes Netflix’s employees, allies and LGBTQ and Black advocates "calling for accountability and change within Netflix and in the entertainment industry as a whole."

Netflix ran into a buzz-saw of criticism not only with the special but in how internal memos responded to employees' concerns, including co-CEO Ted Sarandos' assertion that "content on screen doesn’t directly translate to real-world harm." 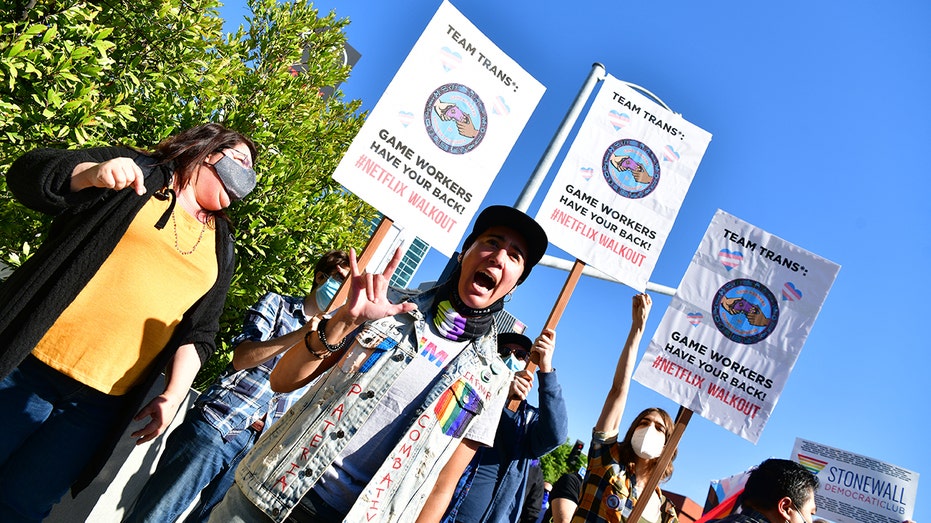 Netflix has decided to air Chappelle’s special, which contains jokes about transgender people, even though some employees have voiced concerns they feel have been ignored by the company.  (Rodin Eckenroth/Getty Images / Getty Images)

Sarandos also wrote that Netflix doesn’t allow titles that are "designed to incite hate or violence, and we don’t believe ‘The Closer’ crosses that line."

In interviews Tuesday, Sarandos said he failed to recognize that "a group of our employees was really hurting," as he told The Wall Street Journal, and that his comment about the effect of TV on viewers was an oversimplification.

A spokesperson for Netflix told Fox Business before the walkout, "We value our trans colleagues and allies, and understand the deep hurt that’s been caused. We respect the decision of any employee who chooses to walk out, and recognize we have much more work to do both within Netflix and in our content."