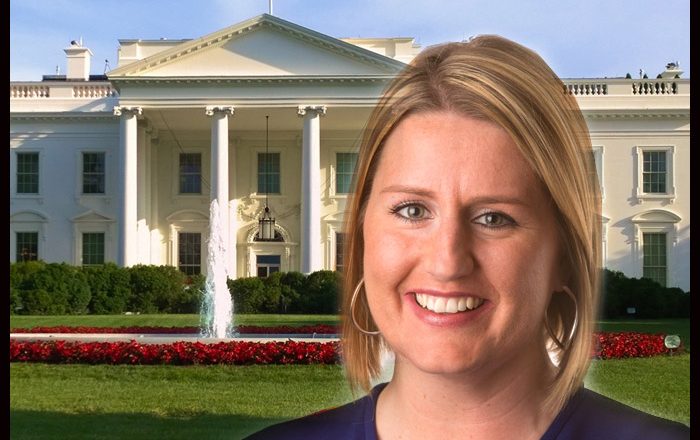 The appointment, announced on Wednesday, comes amid the Afghanistan crisis.

The United States is carrying out the biggest evacuation process in its history from Afghanistan, as the August 31 deadline set by the Taliban for US forces to leave the country is very near.

US troops control Kabul airport from where tens of thousands of people, including American citizens and Afghans working for foreign forces, have been evacuated.

Thousands of people are stranded outside the airport to flee the country fearing reprisals from the Taliban militants now in power.

Liz Allen is currently a partner at strategic communications and public affairs firm Finsbury Glover Hering (FGH), where she specializes in message and campaign strategy, crisis management, and leadership communications.

Prior to FGH, Allen has served in the Obama Administration for eight years, most recently as White House Deputy Communications Director and Deputy Assistant to President Barack Obama.

She also served as White House Director of Message Planning and Deputy Director of Communications to the then Vice President Joe Biden. In that capacity, she traveled extensively to more than 30 countries with the Vice President, including trips to some of the most volatile parts of the world such as Iraq, Afghanistan, and Pakistan.

In 2020, Allen took a leave of absence from FGH to serve as Vice President Kamala Harris’s Communications Director on the presidential campaign.

Allen previously served at the U.S. Department of State as Director of Strategic Communications and Public Affairs for the Bureau of Educational and Cultural Affairs, focusing on U.S. public diplomacy efforts, and in positions in the State Department’s Bureau of International Narcotics and Law Enforcement and Office of Global Women’s Issues.

A native of Buffalo, New York, she is a graduate in Political Science from the State University of New York (SUNY) College at Geneseo.

Thomas Barrett was named Ambassador Extraordinary and Plenipotentiary to the Grand Duchy of Luxembourg.