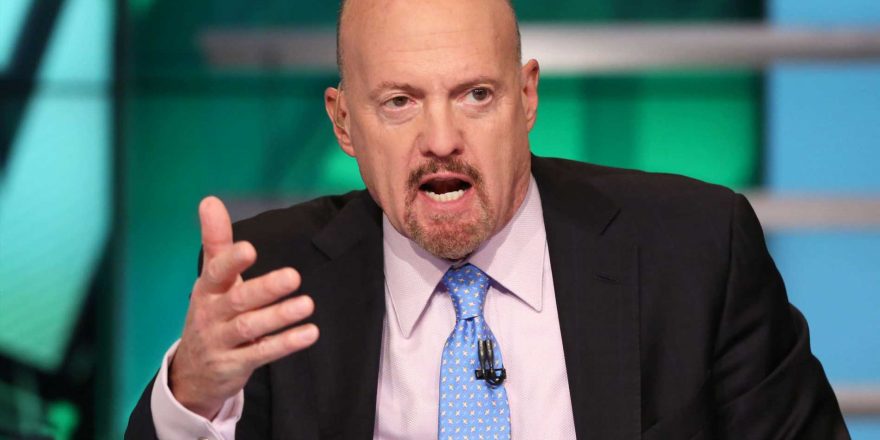 "I have to be somewhat critical. This was not the blowout quarter," Cramer said on "Squawk on the Street," describing the numbers released Monday by the electric vehicle maker as "very good" relative to certain industry peers. He did not specify the companies with which Tesla compared favorably.

However, Cramer said it's difficult for Tesla CEO Elon Musk to ignore the threat General Motors and Ford now present as the established automotive titans boost their investment in EVs.

GM said earlier this year it plans to stop producing diesel- and gas-powered cars, trucks and SUVs by 2035; and Ford announced it was almost doubling its EV investment through 2025.

"I know [Musk] laughs at these other guys. … I know that he thinks they're dinosaurs but dinosaurs can rule the Earth if they come back," Cramer said. "I have to watch what Ford and GM are doing. I don't think that they're dead anymore."

Tesla's total revenue for the quarter jumped 74% year over year to $10.39 billion, beating a Refinitiv forecast of $10.29 billion. The also company posted a record quarterly net profit of $438 million, but the figure continued to be aided by the sale of environmental regulatory credits and, for the first time, $101 million in profits from selling part of its bitcoin holdings.

"I love Tesla. I'm being critical only because I expected them to make more money," Cramer said, while also taking aim at Musk's suggestion on the conference call that Tesla's Model Y could become the best-selling car in the world next year. "That's a hard goal," Cramer said.

"He better deliver. Austin better deliver, and Berlin better deliver," Cramer added, referring to the approximate locations in Texas and Germany, respectively, where Tesla is building new factories. Those projects are seen as critical in helping the California-based company meet demand for its vehicles.

Shares of Tesla were down more than 3% Tuesday to just over $714 apiece. The stock is basically flat year to date, although it remains up more than 340% in the past 12 months.

Disclosure: NBCUniversal is the parent company of CNBC and NBC, which broadcasts "Saturday Night Live."