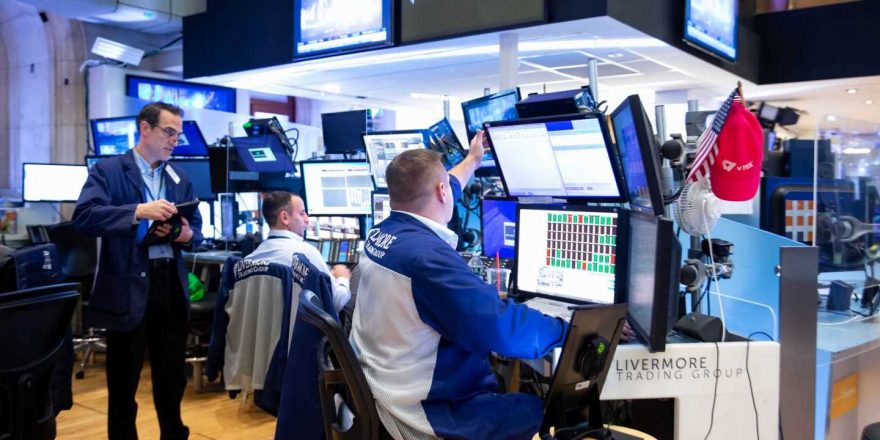 CNBC's Jim Cramer said Thursday that trying to get into the mindset of the stock market "can be hard to fathom," especially with Wall Street's recent volatility on the developments surrounding the new omicron Covid variant. "Sentiment's a fickle beast," he added.

The Dow Jones Industrial Average soared 617 points or 1.8% despite two more omicron cases being reported in the U.S. on Thursday while the market was open. Five more cases were reported after the market closed. Dow futures in after hours trading turned negative. The first U.S. case reported the day before swung the Dow from a 520-point gain to a 460-point loss.

"Investors now seem to accept the omicron variant as just a new fact of life. Of course, if this strain turns out to be worse than delta and we start seeing a huge wave of hospitalizations, then we'll look back on today's bullishness as a temporary condition of insanity," Cramer said on "Mad Money."

But for now, Cramer said there was just "too much negativity" in market coming into Thursday's session, "which made it easy for stocks to rally." In addition to Wednesday's decline, the Dow fell more than 1.8% on Tuesday after a brief respite Monday. Blue chips sank 2.5% in Friday's holiday-shortened session after omicron was revealed to have been discovered in South Africa.

"We're still badly oversold" even after Thursday's rally, Cramer said, pointing to a S&P proprietary oscillator that he follows closely and the elevated Vix, or what's referred to the fear gauge. "Too much fear means you need to look for buys," he said. However. the Vix, short for the CBOE's Volatility Index, did drop 10% in Thursday's bullish session.

"After a terrific day like today, some people will jump to sell stocks because they feel like they've gotten lucky," Cramer said. "What you need to consider is that there are many others who were waiting for the shelling to stop so they can go over the top and buy. That's where we are right now."

Cramer said the bottom line is to "hold tight" because high prices could be ahead for what he calls "down-and-out stocks that have suddenly been given a new lease on life."