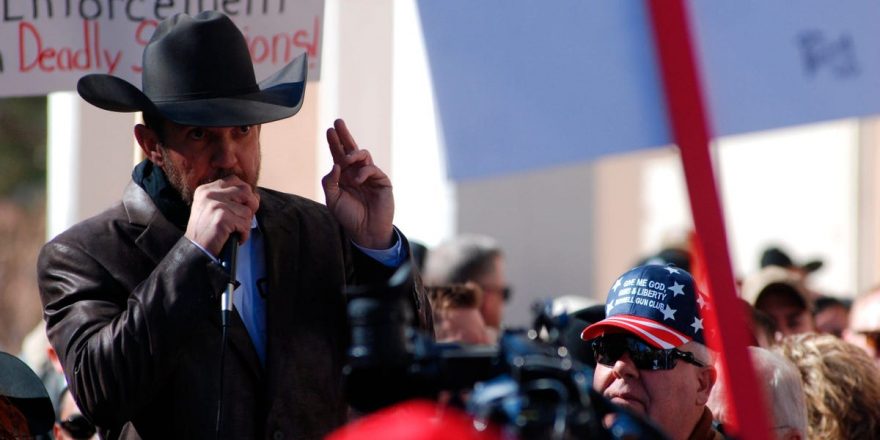 The far-right leader of "Cowboys for Trump" has been arrested in Washington, DC, after last week pledging to bring guns to the nation's capital on the day of President-elect Joe Biden's inauguration.

In a statement, the FBI's Washington Field Office told Insider that Couy Griffin, an elected Republican county commissioner in New Mexico, was detained Sunday afternoon by US Capitol Police, who then notified the bureau. Griffin "was the subject of an arrest warrant for his role in the January 6 Capitol riots," the FBI said.

A police affidavit in support of the complaint cites videos posted to Griffin's Facebook page — since deleted — where he boasts of attending the January 6 insurrection and pledges to return in order to plant a US flag on the desk of House Speaker Nancy Pelosi.

"We could have a 2nd Amendment rally on those same steps that we had that rally [on January 6]," Griffin said in another video. "You know, and if we do, then it's gonna be a sad day, because there's gonna be blood running out of that building."

As Insider reported last week, Griffin reaffirmed his intent to travel again to Washington, DC, for Biden's inauguration, stating at a January 14 Otero County commissioners hearing that he would be bringing two guns in his car along with him. One, he said, would be placed under the front passenger seat — a violation of DC law, which prohibits keeping any firearm within reach of a vehicle's occupant.

"I embrace my Second Amendment, I will keep my right to bear arms, my vehicle is an extension of my home in regard to the constitution law, and I have a right to have those firearms in my car," he asserted. Those remarks are cited in the police affidavit used to request a warrant for his arrest.

Griffin has a history of making inflammatory and racist remarks. Last year, he declared that "the only good Democrat is a dead Democrat" in a video that was shared on Twitter by President Donald Trump; he also declared that supporters of the Black Lives Matter movement should "go back to Africa."

Democrats are calling for him to leave public office.

"I am demanding that Couy Griffin immediately resign from the Otero County Commission or my office will seek his removal," New Mexico Attorney General Hector Balderas said Sunday.

The local Republican Party, for its part, is distancing itself from Griffin.

"Mr. Griffin does not represent The Republican Party of New Mexico nor does he speak for the party," Mike Curtis, a party spokesperson, told Insider. The state GOP "does not endorse or condone the statements made by [the] Cowboys for Trump founder," he said, and "condemns violence and any threats of violence against any person or group."