Home » Corporations have hijacked the language of self care to seem 'relatable.' Don't fall for the gimmick 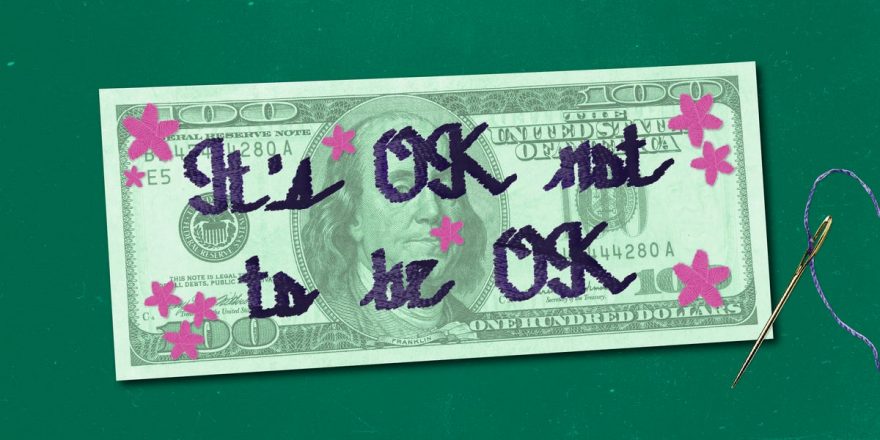 Corporations have hijacked the language of self care to seem 'relatable.' Don't fall for the gimmick

Last year, my internet went down for three weeks. I chatted with customer service agents from Cox Communications, a cable and internet provider which earned more than $12 billion in revenue in 2020, about a dozen times. Each time, a customer service representative told me that they “felt my frustration and anger.” One said, “I hate when this happens, I totally get it.”

The problem is, they did not get it. The reason Cox could take their sweet time fixing my internet was not because life is frustrating and hard, but because they are a monopoly — the only option for broadband service in vast swaths of the United States, and thus have no one competing with them for my money. My internet access was dependent on them, and instead of addressing that problem, they told me they empathized with it.

I thought the experience was a particularly bizarre, but isolated customer service strategy. Until one day I was on the phone with T-Mobile, and the customer service agent said, “You sound sad today, is everything okay?”

Then hits kept coming. Late last year, the athleisure behemoth Lululemon tweeted out “It’s okay to not be okay,” to which hundreds of internet users replied with variations on the theme of “aren’t you the company that was caught under-paying and beating your factory workers?”

Last week, I woke up to an alert from my Chipotle app (sometimes I have a craving for their burritos, don’t judge me) telling me that I should “check in on someone today.”

And the official account for the government of Israel, which recently engaged in a bombing campaign that killed hundreds of Palestinians, tweeted on May 12 that they were having a “difficult night” but appreciated the “messages of support from you guys.” The tweet ended with a heart emoji.

It’s no coincidence that these uber-powerful entities have all settled on language that makes them seem like “healthy living” Instagram influencers. The language of therapy and self help has been co-opted by institutions to distract from their power and sell us on the idea that they’re just like us.

This is not only an attempt to try and get us to forget their misdeeds, it also ruins the language of care built to actually help people, reducing what were once radical tools for survival to a hollow branding strategy.

Corporations use the language of self care and mental health because it makes them money. There’s an entire field of advertising called “emotional marketing” dedicated to helping brands establish personal bonds with consumers. Ads with “emotional pull” are more likely to create loyalty among consumers, and encourage them to buy more.

Emotional manipulation for profit is nothing new. The work of Edward Bernays, a nephew of Sigmund Freud, is often considered the blueprint for using psychology to manipulate consumers. He believed that by harnessing psychoanalytic theories of the mind and human behavior, he could subconsciously influence people to do just about anything.

In 1929 he employed his thesis after being hired by the American Tobacco Company with a campaign to break the taboo of women smoking cigarettes by linking the idea of smoking with women’s freedom. It worked — women bought more cigarettes, and the media began associating cigarettes with the very idea of independence and freedom.

The present-day marketing shift to focus on self care is just a new facet of the emotional branding manipulation corporations use to win over consumer’s hearts — one that matches our era of increased fear, anxiety, and depression.

It makes sense that at a time when depression rates, especially among young people, march steadily higher, and anxiety is present in everything that companies and other powerful institutions would attempt to capture our minds and dollars not through vague concepts of freedom or empowerment, but through the idea of life feeling survivable.

The kids are not alright

Cox and T-Mobile’s faux-empathetic customer service, Chipotle’s “check in on your friends” push notification, and Lululemon insistence that it’s ok not to feel okay hint at the predominant mental problems currently ailing our society: a feeling of constant dread, a sense of isolation and disconnection, and persistent anhedonia — a feeling that, no matter what, even if life feels good on the surface, we do not, in fact, feel okay.

In 2014, the European leftist collective Plan C published a treatise on capitalism and our feelings. They posited that the predominant affect, or feeling, of the mid-1900s was boredom. The hippie and free love movements were a response to this boredom, but so was the advertising created by people like Bernays — exploiting people’s dissatisfaction with a stifling suburban life to sell them the idea of excitement and freedom. Post-2008 financial crisis, according to Plan C, the predominant affect switched to anxiety as jobs disappeared and housing grew precarious.

We are now likely in a new age, one of disconnection and dissociation, spurred by the isolation and overwhelming nature of the internet and the pandemic. We have yet to see what the social response will be to this, but we can already see what advertising’s response has been: to sell us the idea that in an age where we all feel alone, scared, and unable to connect to each other, perhaps our friends at Lululemon, or Cox, or Chipotle can help.

“An act of political warfare”

Beyond the cynicism that this corporate cooptation of care inevitably breeds, it also erases the radical roots of the language. In the 1960s, the concept of care was used by radical Black activists like the Black Panther Party (BPP) to center the wellbeing of people of color in a world that was, and still is, actively hostile to their bodies and minds. The BPP thought taking care of one’s own body, mind, and self image was a necessary response to living in a racist country. In 1988, the Black feminist Audre Lorde wrote that, “Caring for myself is not self-indulgence, it is self-preservation, and that is an act of political warfare.”

A company — or country engaged in warfare — taking these concepts and using them to their own end disenables us from using this language in any kind of productive way. The phrase “it’s okay to not be okay” might be a good way to view mental health recovery — I had to learn how to apply it to my own life after PTSD wrecked my productivity a few years ago — but now it’s also forever associated with a leggings company, diluting its power.

Corporations tell us it’s okay to not be okay when they are, in large part, the reason we are not okay.

Unfortunately, this corporate version of care has trickled down into how we speak to each other on a daily basis. When the Black Panthers and other radicals preached self care, they did so as part of a toolkit to fight against the material realities of racism and capitalism. Now, concepts of care and empathy float around with no root: Instagram influencers preach self care as they sell us beauty products; Twitter memes tell us that the problem with men is that they simply do not go to therapy, that it’s okay to break plans, and that it’s encouraged to deny people your time and energy when they need help.

We tell each other to take care of ourselves without acknowledging the reasons we need so much care in the first place — the isolation, anxiety, and depression caused by living in 21st-century America.

All of this does not make the very concept of care meaningless, but we must purposefully work to return material meaning to it. And I have no doubt we eventually will.

Bernays realized that people in the mid-1900s were craving freedom and used that realization to sell cigarettes. But then people realized that they needed to truly escape the boredom of the 1950s, and that purchasing things was not the way out. A real movement for Civil Rights — a movement against the white stasis of mid-20th-century America — blossomed. Today, corporations realize people are craving care and connection. They’ve tapped into a real need; but I have to believe it’s only a matter of time before we all see that real need and build a solution to it with our own hands.

I can already see it happening on social media: The language of self care has been re-radicalized, positioned against corporations and capitalism. Accounts like The Nap Ministry are teaching people that their own care is not politically neutral, but a necessary bulwark against productivity-culture burnout. But we now need to take this rhetoric and turn it into action. That could mean forming free-therapy collectives, doing teach-ins about mental healthcare, or providing free meals like the Black Panthers did so families feel less isolated from each other.

At a small scale, these things already exist, but we need to make them a more central part of any radical practice. Otherwise, we risk repeating a daunting cycle of being exhausted, overworked, and made to feel like automatons, leaving the solutions to the corporations and institutions least interested in actually solving them.