Home » Business » Congress has a new plan to fix Social Security. How it would change benefits 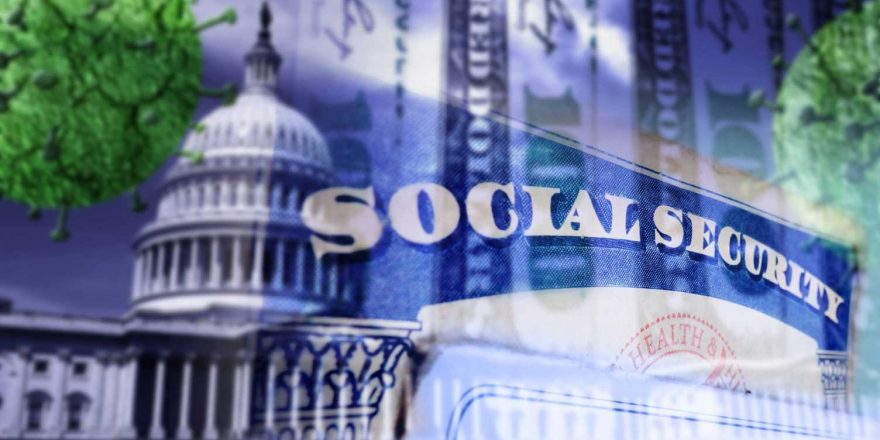 Congress has a new plan to fix Social Security. How it would change benefits

A Social Security reform bill popular with House Democrats is getting reintroduced in Congress.

This time, it features some changes aimed at attracting more support from Republicans across the aisle.

The bill, known as the Social Security 2100 Act, is being brought forward by Rep. John Larson, D-Conn., who serves as chairman of the House Ways and Means Social Security Subcommittee.

Those who appeared alongside him on Tuesday to announce the reintroduction of the bill included Rep. Alexandria Ocasio-Cortez, D-N.Y., and House Ways and Means Committee Chairman Richard Neal, D-Mass.

More from Personal Finance:
Here's why Social Security benefits can't go up more every year
These are the best and worst states for older workers
How to prepare for bigger Social Security checks in 2022

The new version of the bill comes on the heels of the Social Security Administration's latest estimates that the trust funds that support the program have just 13 years before they will be depleted. At that time, in the year 2034, 78% of promised benefits will be payable.

The bill proposes extending that date to 2038 to give Congress more time to come up with a long-term solution to the program's solvency issues.

The measure would also incorporate proposals made by President Joe Biden during his presidential campaign, as well as fixes discussed in Capitol Hill hearings.

"It's got a lot that's attractive, and nothing that I think should cause Democrats problems in an election year," said Nancy Altman, president of Social Security Works, an advocacy group that promotes expanding benefits.

Like Biden's plan, the Social Security 2100 Act would set a higher minimum benefit for low-income workers. Benefits would be set above the poverty line and tied to wage current wage levels.

In addition, there's a benefit boost for both new and existing beneficiaries amounting to about 2% of the average benefit.

Annual cost-of-living adjustments would be tied to the Consumer Price Index for the Elderly, or CPI-E. The argument is that this experimental index may better reflect the costs seniors face. Biden also included this change in his Social Security proposals.

The plan also integrates a couple of elements that might help draw more support for the proposal. Notably, the Social Security 2100 Act proposed last year had more than 200 co-sponsors, though all were Democrats.

The new version would repeal rules that reduce Social Security benefits forpublic workers and their spouses, widows or widowers who also have pension income. These are known as the Windfall Elimination Provision and Government Pension Offset.

This issue came up at a recent House hearing on Social Security, and has bipartisan support.

One proposal that was eliminated— a higher payroll tax rate — may also help draw more support. The Social Security 2100 Act had previously called for gradually increasing contributions to the program from workers and employers to 7.4%, up from the current rate of 6.2%, over roughly 20 years.

However, the legislation does call for increasing Social Security taxes paid by higher wage earners. In 2021, those taxes are capped at $142,800 in wages, and in 2022 that will rise to $147,000. This proposalreapplies taxes on wages at $400,000 and up, which is also in line with what Biden has proposed.

Other changes included in the bill include extending benefits for students to age 22, eliminating a five-month waiting period to receive disability benefits and creating caregiver credits so that those who take time out of the work force do not have their retirement benefits reduced as a result.

It remains to be seen how much attention this bill will get amid Congress' busy legislative agenda and whether it will be embraced by Republican lawmakers.However, advocates like Social Security Works are optimistic.

"We're all hoping that after they finish, however they finish the reconciliation and the debt limit and all these other things, that they will bring up Social Security," Altman said.