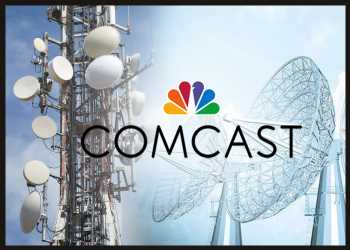 Comcast Corp. (CMCSA,CMCSK) on Thursday reported that profit for the third quarter doubled from last year, driven by 19 percent revenue growth amid significant growth across each of its businesses. Both adjusted earnings per share and quarterly revenues topped analysts’ expectations. The company also declared a quarterly dividend.

On average, 26 analysts polled by Thomson Reuters expected the company to report earnings of $0.75 per share for the quarter. Analysts’ estimates typically exclude special items.

Revenue for Cable Communications grew 7.4 percent to $16.12 billion in the quarter, reflecting increases in broadband, wireless, business services, video, other, and advertising revenue, partially offset by a decrease in voice revenue.

The company posted the highest level of customer retention on record for a third quarter and the most wireless net additions since the launch of Xfinity Mobile in 2017.

The results at NBCUniversal continue to be driven by the ongoing recovery at its domestic Theme Parks, as well as the success of its linear and streaming Media platforms.

Separately, Comcast announced that its Board of Directors declared a quarterly dividend of $0.25 a share on the company’s common stock, payable on January 26, 2022 to shareholders of record as of the close of business on January 5, 2022.