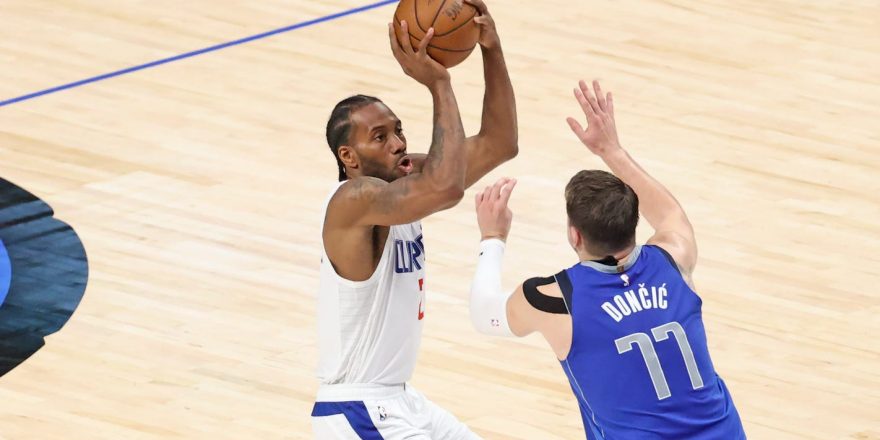 The Los Angeles Clippers rallied with a 104-97 Game 6 win over the Dallas Mavericks on Friday at American Airlines Center, which tied the first-round playoff series at 3-3.

The Clippers and Mavericks will play a decisive Game 7 on Sunday at Staples Center, and the winner will face the top-seeded Utah Jazz beginning on Tuesday.

This marked the first time in NBA playoff history each team won on the road through Game 6. Talk about a home-court disadvantage. Below are the key takeaways from the game.

1. Kawhi Leonard had a playoff masterpiece.

Get ready to watch this highlight endlessly. Leonard called for a one-on-one matchup against Mavericks star Luka Doncic. Then Leonard drained a deep 3-pointer for a dagger shot that gave the Clippers a 95-88 lead with 2:20 left. After Doncic countered with a floater, Leonard nailed another step-back 3.

When the buzzer sounded, Leonard finished with 45 points while shooting 18-of-25 from the field and 5-of-9 from 3-point range. That tied his playoff career-high from a 45-point outing for the Toronto Raptors in Game 1 of the 2019 Eastern Conference semifinals against the Philadelphia 76ers.

2. The Clippers won this game on defense.

Sure, Leonard and Paul George (20 points) came up big after folding during pressure-packed moments in last year’s playoffs. But the Clippers mostly secured this game on defense. The Clippers held the Mavs to 41.6% shooting and a 32.4% mark from 3-point range.

Though Doncic (29 points on 11-of-24 shooting) and Tim Hardaway Jr. (23 on 9-of-19 shooting) still showed some brilliance, the Mavs’ respective star and dependable role player had to work awfully hard for their shots.