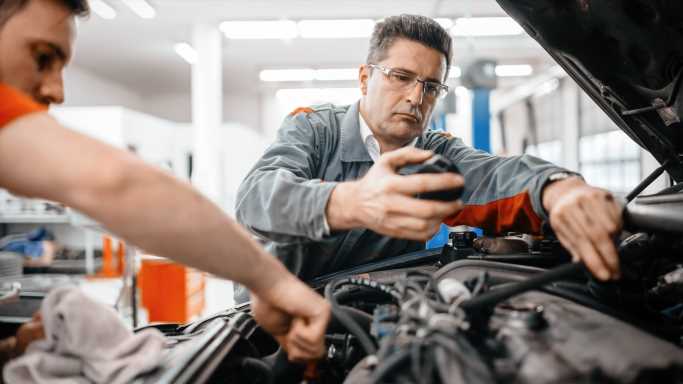 Cities With the Most Places to Get Your Car Fixed

Commuting is never fun, and a tedious drive can be made far worse by an accident. In some cities almost everyone drives to work, and all that commuting comes with accidents — and even the most minor collisions usually result in damage to the exterior of a vehicle.

Mechanics handle the inner workings of cars while auto body shops focus on things like fixing dents, replacing broken glass and damaged trim, and restoring scratched surfaces. They also fix damage to a car’s frame. If such damage goes unrepaired, it can rapidly degrade other parts of a car and create further problems. It can also leave a car less safe for occupants in the event of another crash. (These are the most dangerous cities for driving.)

24/7 Wall St. reviewed Junk Car Traders data for auto body shops in hundreds of cities across the country to determine which places had the most such businesses. (Additional commuting data for the cities listed came from the U.S. Census Bureau’s American Community Survey for 2019, the most recent to be published.)

In all the cities on this list, a high percent of the population drives to work, and thus probably has a greater need for body shops than cities where commuting is more likely to be by public transportation. It’s hardly surprising that the state with the most cars — California, by a long shot (with almost 15 million registered vehicles in 2019, compared with 8.3 million for second-place Texas) — holds nine places here, while the West in general accounts for 18 of the 25 cities ranked.

The good news for body shop proprietors is that, with the pandemic slowing and many people returning to work and/or venturing out for travel, meals, or entertainment, more cars will be crowding the roads, meaning that their businesses will probably be in greater demand. (American drivers should count themselves lucky, though, that they don’t live in one of the world’s worst cities for traffic.)