Home » Business » Cities Where the Most People Own Their Homes 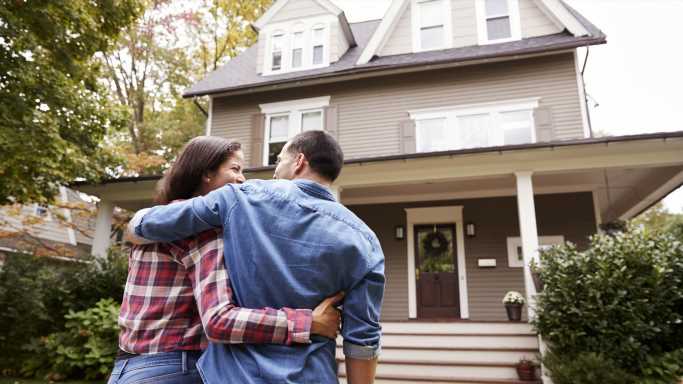 Cities Where the Most People Own Their Homes

The American housing market took off during the early months of the COVID-19 pandemic. The homeownership rate – or the share of housing units occupied by their owner – jumped by 2.6 percentage points from the first quarter to the second quarter of 2020, by far the largest increase ever recorded. By the end of 2020, there were 2.1 million more homeowners in the United States than there were a year earlier.

The surge in home sales was fueled by several factors, including historically low mortgage rates, and, as some experts speculate, the pandemic, which led many Americans to re-evaluate where and how they live. Here is a look at the mortgage rate in America every year since 1972.

Using census data, 24/7 Wall St. identified the 50 cities with the highest homeownership rates. Cities, defined as places with populations of at least 25,000, are ranked by the share of housing units occupied by their owners.

Homeownership can be expensive, especially in the many cities on this list with higher than average home values. However, incomes in these areas also tend to be relatively high, making homeownership more affordable for larger shares of the population. In all but two cities on this list, the median household income exceeds the national median of $64,994. Here is a look at the 20 cities where the middle class can no longer afford housing.

We used census “place” geographies — a category that includes incorporated legal entities and census-designated statistical entities. We defined cities based on a population threshold – census places needed to have a population of at least 25,000 to be considered.

Cities were excluded if homeownership rates were not available in the 2020 ACS, if there were fewer than 1,000 housing units, or if the sampling error associated with a city’s data was deemed too high.

The sampling error was defined as too high if the coefficient of variation — a statistical assessment of how reliable an estimate is — for a city’s homeownership rate was above 15% and greater than two standard deviations above the mean CV for all cities’ homeownership rates. We similarly excluded cities that had a sampling error too high for their population, using the same definition.

Additional information on median home value, median housing costs with and without a mortgage, and median household income are also five-year estimates from the 2020 ACS.