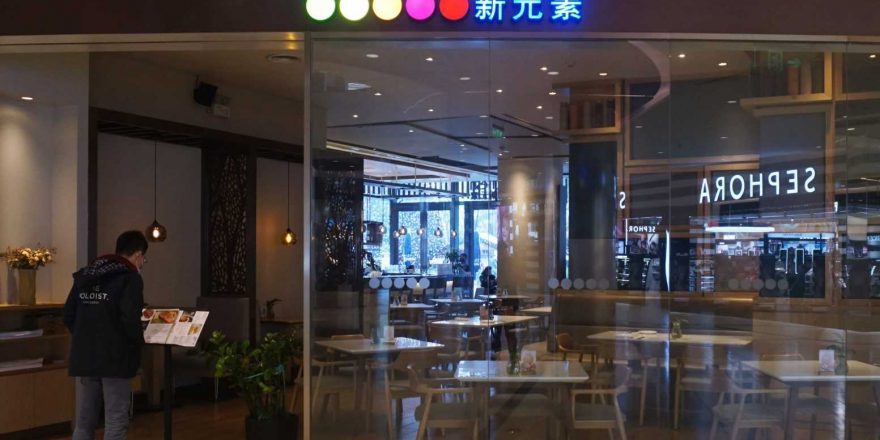 China's big challenge for 2022: Getting people to spend money

BEIJING — Sluggish consumer spending has dragged down China's economy since the pandemic, with little relief in sight for 2022.

Along with the property market, consumption is one of two areas economists are most concerned about in their China growth outlook. Consumer spending is also the sector that businesses and investors have bet on as they expect China's middle class spending power to grow in coming years.

"The core problem of these 'triple pressures' is still a weakening of demand or insufficient demand," Wang Jun, chief economist at Zhongyuan Bank, said in Mandarin, translated by CNBC. "If demand improves, then expectations will improve."

The main reason why economic development cannot be sustained is reflected in the weakening of demand, he said, noting in particular the negative impact of the pandemic on people's incomes. He also pointed to drags on demand from reduced local government spending on infrastructure projects and regulation on after-school tutoring businesses that have affected employment.

Regarding the third pressure of supply shocks, he said they are primarily related to the pandemic and overly drastic measures for reducing carbon emissions, which have since been adjusted. Virus-related restrictions on return-to-work have contributed to disruptions in global supply chains, including a shortage in critical components like semiconductors.

Overall uncertainty about jobs and incomes reduces people's willingness to spend. Beijing's crackdown on real estate developers' reliance on debt also affects household perceptions of wealth, as the majority is tied up in property.

"How consumption recovers next year will have a very great impact on the economy," Jianguang Shen, chief economist at Chinese e-commerce company JD.com said in Mandarin, translated by CNBC.

Shen said authorities could boost consumption by following Hong Kong's example in offering vouchers. That would force consumer spending on specific businesses like hotels, incentivized further by a tiered structure that wouldn't unlock subsequent vouchers until the first one expired or was used up.

Hong Kong's retail sales had contracted in 2019 and 2020 as protests disrupted the local economy, even before the pandemic shut off the semi-autonomous region from foreign and mainland tourists. Local authorities launched the latest voucher program in August and retail sales for the year through October are up 8.45% from the same period in 2020.

Mainland China's retail sales dropped last year despite the economy growing overall. Comparisons to that decline helped retail sales surge in the first quarter, but the pace of increase has slowed, especially since the summer. Retail sales for the first 11 months of the year still rose 13.7% from the same period in 2020.

By sector, consumers have picked up their spending more on food and clothing, rather than services such as education and entertainment, according to Goldman Sachs analysts' estimates. They expect that divergence between goods and services to narrow slightly next year.

But even with their projections for 7% growth in real household consumption next year, it "would remain below its pre-Covid trend by the end of 2022," the analysts said. They pointed to drags from China's "zero tolerance" policy for controlling Covid and the downturn in the property sector.

The investment bank expects China's GDP will slow to 4.8% growth next year, down from an expected 7.8% this year.

Troubles in China's sprawling property market caught global investors' attention this summer as indebted developers like Evergrande teetered on the edge of default, prompting contagion fears. Government efforts to rein in the industry's high debt levels and surging home prices have resulted in tighter financing conditions for developers — and falling sales and prices.

Property poses "the biggest growth headwind in 2022," Macquarie's Chief China Economist Larry Hu said in his outlook report. He expects housing starts and floor space sold to fall at an even faster pace next year, and property investment to drop by 2%, after rising by an expected 4.8% this year.

"Property policy should shift from tightening to loosening sometime next year, as we expect policymakers to defend 5% GDP growth," Hu said. "The risk is that they might react too late, given their reluctance in using property as the vehicle for stimulus."

China's top-level economic planning meeting this month did not signal much change in policy on real estate. Beijing maintained its position that "houses are for living in, not for speculation."

It will likely take a few years to resolve the real estate industry's problems, said Zhongyuan Bank's Wang. In the meantime, he expects the central government will need to issue debt and spend more to help local governments weather the hit to their revenues.

Regional and local governments derive at least 20%, if not more, of their revenue from land sales to developers, according to Moody's.

A challenge for policymakers is to reduce real estate-related debt levels while ensuring the property market doesn't slow drastically.

"Weak market sentiment is also affecting residential home sales, as buyers postpone purchases in anticipation of further price reduction," Fitch said in a report last week. The firm expects a 15% decline in home sales by value next year, which could cause five of 40 developers in its rating coverage to suffer a cash squeeze.

"We expect a reduction in real-estate construction activities to ripple through related sectors, such as steel, iron ore and coking coal, decelerate overall fixed-asset investments and even put a strain on financial institutions," Fitch said.

For economic policy next year, Beijing has emphasized that stability is its priority. Authorities have also made it clear this year that quality of growth is increasingly more important than quantity.

Columbia University Earth Institute, China Center for International Economic Exchanges and Ali Research Institute have attempted to gauge such progress with a national sustainable development index. In addition to GDP, the index incorporates factors such as revenue of high tech businesses, and spending on education, social welfare and pollution treatment.