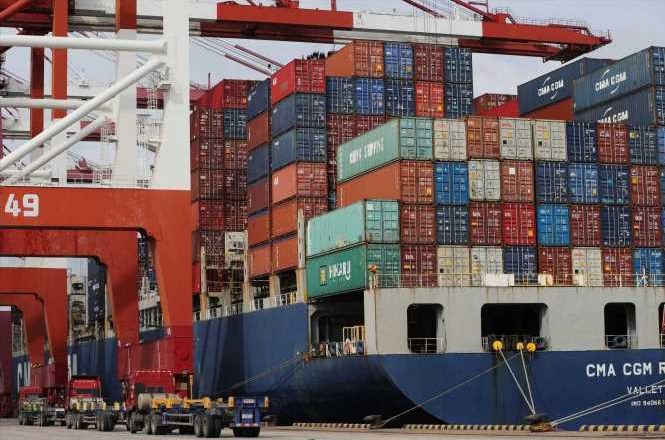 China's exports unexpectedly grew at a faster pace in August thanks to solid global demand, helping take some of the pressure off the world's second-biggest economy as it navigates its way through headwinds from several fronts.

Shipments from the world's biggest exporter in August rose at a faster-than-expected rate of 25.6% from a year earlier, from a 19.3.% gain in July, pointing to some resilience in China's industrial sector.

Analysts polled by Reuters had forecast growth of 17.1%.

"August exports showed that despite a higher base for comparison from last year, the ongoing global recovery will not be impeded, and the impact from the resurgence in the Covid-19 pandemic remains limited," said Ji Chunhua, Senior Vice President of Research at Zhongtai International.

Some of the port gridlock also appears to have cleared in a boost to China's shippers last month.

The eastern coastal ports have suffered congestion as a terminal at the country's second biggest container port shut down for two weeks due to a Covid-19 case. That put further pressure on global supply chains already struggling with a shortage of container vessels and high raw material prices.

However, behind the robust headline figures, businesses are struggling on the ground. Companies faced increasing pressure in August as factory activity expanded at a slower pace while the services sector slumped into contraction. A global semiconductor shortage has added to the strains on exporters.

Imports increased 33.1% year-on-year in August, beating an expected 26.8% gain in the Reuters poll, buoyed by still high prices. That compared with 28.1% growth in the previous month.

Many analysts expect the central bank to deliver a further cut to the amount of cash banks must hold as reserves later this year to lift growth, on top of

July's cut which released around 1 trillion yuan ($6.47 trillion) in long-term liquidity into the economy.

The country appears to have largely contained the latest coronavirus outbreaks of the more infectious delta variant, but it prompted measures including mass testing for millions of people as well as travel restrictions of varying degrees in August.

China's trade surplus with the United States rose to $37.68 billion from $35.4 billion in July, Reuters calculations based on the customs data showed.