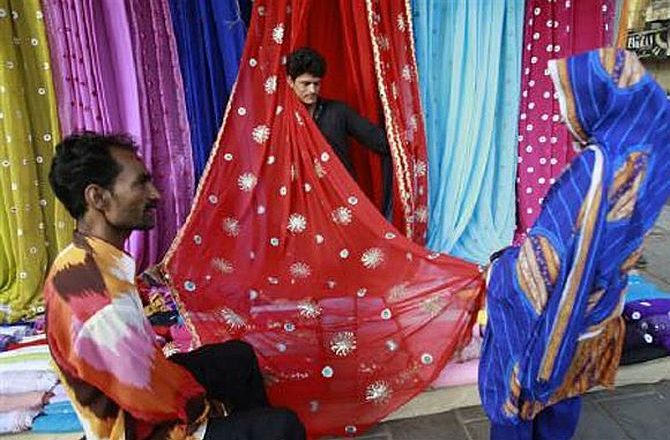 China-Plus-One to push Indian textile exports to $65 bn by 2026: Study Backed by the ‘China Plus One’ sentiment globally, India’s textile exports is expected to grow by 81 per cent to $65 billion by 2026 from the pre-Covid level of around $36 billion in 2019, said a report by the Confederation of Indian Industry (CII) and global consulting firm Kearney.

This jump is likely to generate 7.5-10 million new jobs.

A large chunk of this targeted increase, or around $16 billion may come from the China Plus One sentiment due to India’s relatively large strategic depth compared with Vietnam or Bangladesh, the report said.

“We believe with the right actions from the industry majors and robust execution of government schemes, India can hit $65 billion in exports (implying 9-10 per cent compound annual growth rate) by 2026.

Other key areas where the growth is expected include fabrics where the target is a $4 billion jump by positioning India as a regional fabric hub, starting with cotton wovens and then extending to other sub-categories.

In home textiles too, the target is an increase of $4 billion by building on existing advantages to expand the global customer base.

On man-made fiber and yarn a $2.5 billion to $3 billion jump is expected with a focus on gaining share in MMF (man made fiber) products.

On the other hand, in technical textiles around $2 billion jump is targeted by building capabilities in select key sub-segments on the back of potential domestic demand growth.

“Covid-19 has triggered the redistribution of global trade shares and a recalibration of sourcing patterns (“China plus one” sourcing), providing a golden opportunity for Indian textiles to stage a turnaround and regain a leadership position as a top exporting economy.

The textile industry employs almost 45 million people in the farming and manufacturing sectors.

However, the country’s recent performance in global trade has not been commensurate with its abilities.

And yet during the same period, other low-cost countries such as Bangladesh and Vietnam have gained share.

A variety of factors have contributed to India’s recent trade performance. India has factor cost disadvantages (example, power costs 30 to 40 per cent more in India than it does in Bangladesh).

Lack of free or preferential trade agreements with key importers, such as the European Union, United Kingdom, and Canada for apparel as well as Bangladesh for fabrics, puts pricing pressure on exporters.

The high cost of capital and high reliance on imports for almost all textiles machinery makes it difficult to earn the right return on invested capital, especially given India’s slight cost disadvantage.