Home » Business » China may be moving toward easy monetary policy, but it will have to tread delicately 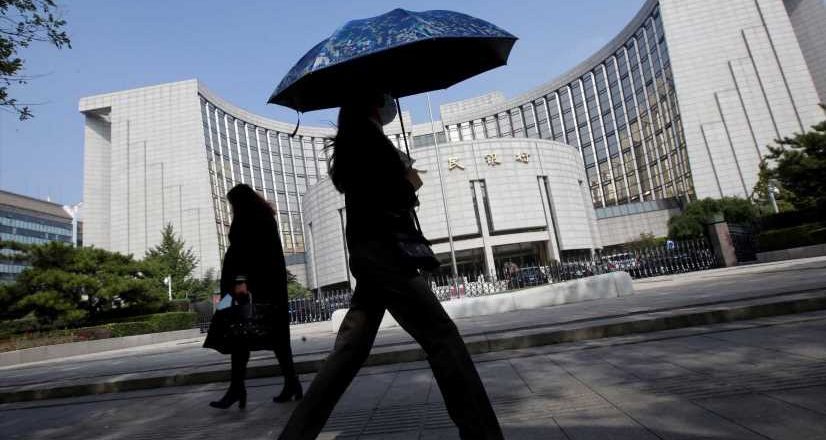 China may be moving toward easy monetary policy, but it will have to tread delicately

BEIJING — China's central bank is poised to move carefully toward easing monetary policy, even as the U.S. is on its way to tightening policy.

In moving in the opposite direction, the People's Bank of China will need to strike a delicate balance, as policymakers keep a firm eye on inflation and the rising cost of U.S. dollar-denominated debt.

Analysts say that easing monetary policy may not come in overt moves like cutting the amount of cash that banks must hold as reserves, or the RRR — one of many policy tools that the central bank holds. Instead, China will likely seek targeted moves.

For one, divergence with the U.S. could have many consequences for the market.

Jefferies' analysts pointed out in a note Monday that many Chinese companies, especially property developers, have raised large amounts of U.S. dollar-denominated debt. That's going to become more difficult to repay when the U.S. dollar climbs or U.S. yields start to rise on the back of the Federal Reserve's planned reduction in asset purchases.

The Fed released meeting minutes last week that showed the U.S. central bank is on its way to tightening, potentially as soon as next month. The move comes as U.S. policymakers worry about whether inflation will persist.

China faces the same challenge. The producer price index, a measure of production costs for factories, rose by a record 10.7% in September from a year ago.

But it's become clearer than ever to many economists that China will need to ease.

"The growth slowdown has hit levels policymakers can no longer ignore and we expect to see incremental loosening across three pillars – monetary, fiscal and regulatory," BlackRock Investment Institute analysts said in a note Monday.

Earlier this year, Beijing was more focused on addressing social issues, such as high child-raising costs in a country with a rapidly aging population. A regulatory crackdown over the summer included an abrupt order that after-school tutoring companies must drastically cut their operating hours.

We asked 20 strategists how they're investing in China. Here's what they said

Bank of America picks 10 Asia stocks to buy this quarter

Sun Guofeng, head of the monetary policy department at the People's Bank of China, emphasized to reporters last Friday how the central bank's monetary policy remained "prudent." He said producer prices would likely remain high, but moderate by the end of the year.

Sun also said the central bank was aware of the Fed's statement. He did not discuss whether U.S. actions would affect China's, and repeatedly said China had many monetary policy tools.

Analysts have long pointed out that China's unique economic structure relies more on an array of monetary policy levers, rather than a single interest rate.

"Monetary policy will be loosened appropriately," Zong Liang, chief researcher at the Bank of China said Tuesday in Mandarin, according to a CNBC translation.

While keeping overall monetary policy at a "normal" level, he said the central bank could ease policy for specific sectors. For example, the PBOC could help businesses struggling to bear the high cost of raw materials. Zong also expects support for stable economic growth will include a boost to infrastructure.

He said China wants to avoid a situation in which policy support causes a rise in costs for ordinary consumers as well as for businesses.

While producer prices surged 10.7% in September compared to a year ago, the consumer price index remained muted and climbed just 0.7% year-on-year.

When it comes to monetary policy changes, many economists have lowered their expectations for China to cut the reserve requirement ratio (RRR) by the end of this year.

He said the likelihood of a broad-based RRR cut has declined following the latest PBOC comments, but "a targeted move is still possible if growth falters further."

On the fiscal side, Yao expects local governments to deploy about 1.3 trillion yuan ($203.3 billion) in cash from special bond sales in the next two months, which should "provide strong support" for investment in infrastructure.

Letting the property market shake out

However, Yao noted that Beijing's tight control over traditional channels of implementing monetary policy – including the housing market – will limit the overall stimulus effect of policy easing.

The greater drag on China's growth still lies in the property sector. Beijing has increased its efforts in the last year to curb the industry's reliance on debt for growth, sending property investment and new home sales falling in September.

"Seeing a broader and long-lasting slowdown of the real estate sector is probably [the] largest downside risk that we need to monitor," said Francoise Huang, senior economist at Euler Hermes, a subsidiary of financial services firm Allianz.

She said policymakers are trying to "phase out the most indebted, or illiquid, or insolvent companies, in the meantime limiting contagion to other sectors."

Huang doesn't expect Beijing to allow the economy to slow down so drastically that China can barely meet its GDP target of 6% growth this year. Most economists expect growth of around 8% this year.

But with policymakers' focus this year on addressing longer-term problems in the economy, Beijing may not be as inclined to stimulate growth as much as before, she said. "Their tolerance for slowdown and their tolerance for risk may be higher than in the past."