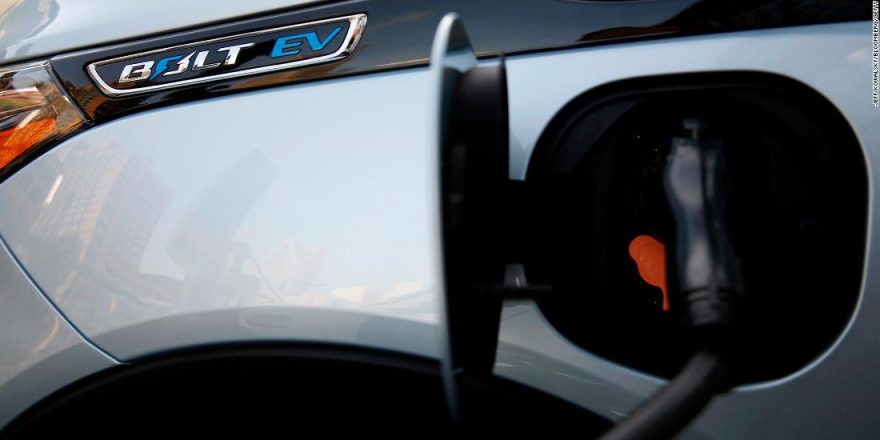 New York (CNN Business)It seems like a good time for General Motors to pull the plug on the Bolt, the only electric vehicle currently in its North American vehicle lineup.

GM, which is spending tens of billions of dollars to switch its lineup to electric vehicles in the coming decades, has essentially stopped building the Bolt and the Bolt EUV, because it needs every available battery to repair the 140,000 Bolts it has already sold.
Virtually all have been recalled because the vehicles can catch fire while charging. At an estimated $2 billion cost, it is one of the most expensive recalls ever on a per-vehicle basis. GM said 15 Bolt fires have been confirmed, and the company is replacing the battery cells in each car.

Fortunately for GM, the company is getting its battery supplier, LG, to pay $1.9 bilion toward the recall. But that can’t repair the damage to GM’s electric vehicle reputation.

“With GM looking for an all-EV future, it’s not off to the best start,” said Michelle Krebs, senior analyst with Cox Automotive.

The halt in Bolt production comes as GM rival Ford (F) is tripling its own output of its electric Mustang Mach E to meet strong demand.
GM has a number of other electric vehicles scheduled to hit US dealerships within the next year, including the GMC Hummer EV pickup, which is expected to start production later this month, and the Cadillac Lyriq, due to start production in the first quarter of 2022. An electric version of its bestselling Silverado pickup, is set to become available by the end of next year.
Those new vehicles — and all GM’s EVs going forward — have a different battery from the Bolt, dubbed Ultrium, which promises superior performance. But that will make it difficult for GM to sell Bolts with an inferior battery, even if the fire problem is fixed.
And the Bolt is tiny — even the slightly larger Bolt EUV is 170 inches long, which while a few inches longer than the original is about a foot shorter than a compact Toyota Corolla.
“It feels like the Bolt is a part of the category of EVs that is being phased out,” said Jessica Caldwell, analyst at Edmunds. “It’s a big departure from the ones that we’ll see in the next few years.”
The problem is compounded by a survey by Cox Automotive showing that 69% of those considering an electric vehicle don’t even know that GM has an EV offering.

Reasons to keep the Bolt

There’s one reason GM is stuck with the Bolt, which has a starting price of about $31,000: it’s the only mass market EV that GM will have for at least the next couple of years.
Its next generation of EVs, due by the end of 2022, are aimed at a wealthier demographic. The Hummer EVs have a starting price of between $80,000 and $110,000, while the Lyriq starts at $59,000. Pricing for the Silverado EV has yet to be announced but it will probably be in that range.
It helps GM to have a lower-priced EV to go with the higher-priced models it will soon be selling, especially with rivals such as Ford (F), Volkswagen (VLKAF) and Tesla (TSLA) offering EVs for less than a $45,000 starting price. 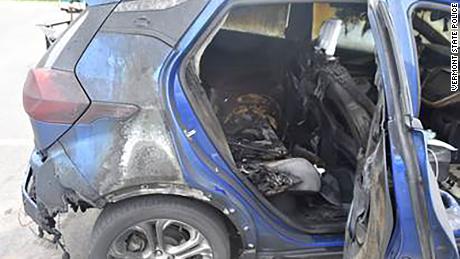 GM (GM) officials insist that the Bolt isn’t going anywhere any time soon. They claim it had better than 90% customer satisfaction earlier this year — albeit before the recall. Since then, GM had to repurchase some Bolts from customers concerned that the vehicles would catch fire and who didn’t have a safe place to park them.
The Bolt also had the highest “conquest rate” of any Chevrolet car, with about 70% of the Bolt buyers switching to GM from other automakers. And GM recently redesigned the Bolt, introducing the slightly larger Bolt EUV, indicating that it plans to keep the car in its lineup for five or more years.
But the company is probably losing money on each Bolt it sells. If the Biden administration’s Build Back Better legislation passes, GM EV buyers would be eligible for federal tax credit on purchases of most other automakers’ plug-in offerings. GM and Tesla buyers lost that tax credit in 2019 once those two automakers became the first with more than 200,000 US sales of plug-in vehicles. Those buying EVs from other automakers that haven’t sold that many vehicles are still eligible for the tax credit. If GM buyers can again get the tax credit, that could allow GM to raise the price of the Bolt.

For now, sales of the new Bolts are on hold as 1,000 factory workers at GM’s Orion, Michigan, plant where it was built await recall from a layoff. GM cannot build its other EVs, or any gas-powered cars in its lineup for that matter, at that factory without significant retooling and investment.
So no matter how damaged the Bolt may be in the eyes of EV buyers, GM will almost certainly start making it again.
Source: Read Full Article