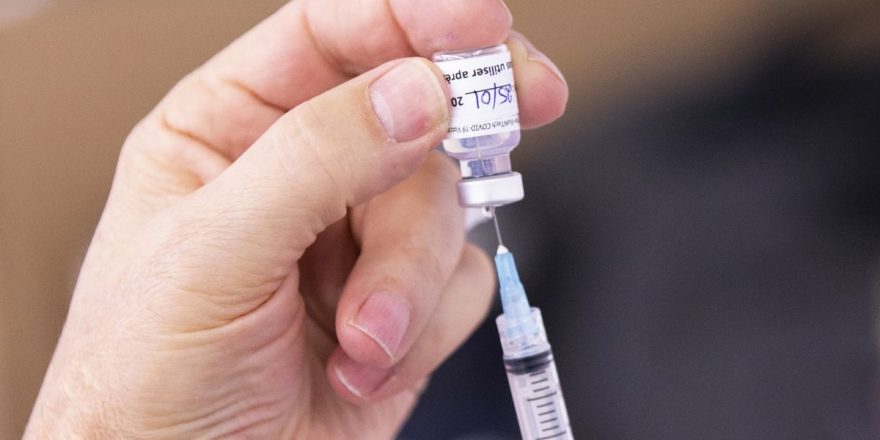 The chief executive officer of a Canadian casino company that’s being bought byApollo Global Management Inc. has resigned after being ticketed for breaking emergency rules to travel to a remote town in northern Canada to receive a Covid-19 vaccine.

Rod Baker, who had served asGreat Canadian Gaming Corp.’s CEO since 2011, has been charged for violating Yukon’s Civil Emergency Measures Act, said Matthew Cameron, a spokesman for the cabinet office of the Canadian territory. Canadian Broadcasting Corp. and BNN Bloomberg Television earlier confirmed that Baker and his wife, Ekaterina Baker, were charged.

The couple arrived in Whitehorse, Yukon’s capital city, on Jan. 19 and traveled to the community of Beaver Creek two days later, violating a 14-day self-isolation rule, Cameron said. There, they received the Moderna vaccine after claiming to be new employees at an area motel, the CBC reported.

Great Canadian announced Baker’sresignation on Monday and said Terrance Doyle, the company’s president for strategic growth and chief compliance officer, will take the CEO position in the interim.

“Great Canadian’s board of directors has no tolerance for actions that run counter to the company’s objectives and values,” Chuck Keeling, a spokesman, said in an emailed statement. The company declined to comment on whether Baker’s resignation was directly related to the violations but said it takes health and safety protocols seriously.

“Since the onset of the pandemic our overriding focus as a company has been on doing everything we can to keep our people healthy, and to enable our communities to combat the spread of Covid-19,” Keeling said. A representative of Apollo declined to comment because the firm wasn’t involved in the matter.

Great Canadian has agreed to be bought by New York-based Apollo for aboutC$2.5 billion ($2 billion). Apollo’s offer was approved by shareholders in late December after the private equity firm boosted the price to win over a group of holdout investors.

Great Canadian has said it expects the deal, which still requires regulatory approvals, to be completed in the second quarter.

A slow rollout of vaccines in Canada has strained national nerves, leading some residents to head to the U.S. to get theirjabs. However, the public has shown little sympathy for those jumping queues or breaking government guidelines. A number of public officials, including Ontario’s finance minister, were forced to step down after traveling abroad over the Christmas holidays.

Potentially risking the health of residents in Canada’s remote, largely indigenous, territories is seen as particularly fraught given a long history of disease transmission from the south. Entire northern villages werewiped out in the Spanish flu pandemic in 1918, which arrived in the country with returning World War I soldiers.

Beaver Creek has fewer than 125 people and is near the Alaska border.

“They’ve put the whole community at risk so it’s very concerning for us,” Cameron said.