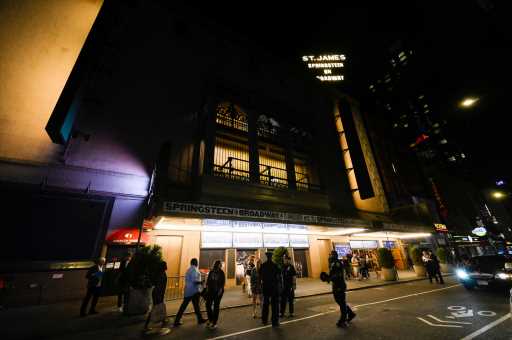 Jujamcyn Theaters will increase wheelchair accessibility and make other improvements at its five Broadway venues as part of a lawsuit settlement with the U.S. Attorney’s Office in Manhattan.

Audrey Strauss, the United States Attorney for the Southern District of New York, announced both the filing and settlement of the lawsuit yesterday. The agreement, she said, covers five of Broadway’s “most historic theaters”: the Al Hirschfeld, the August Wilson, the Eugene O’Neill and the St. James.

With the Jujamcyn settlement, all three of the major Broadway theater owners “have committed to making their venues significantly more accessible to people with disabilities,” Strauss said in a statement. Similar suits were filed and settled with the Shubert and Nederlander organizations in 2003 and 2014, respectively.

According to the U.S. Attorney’s Office, Jujamcyn has agreed to provide a total of 44 wheelchair accessible seating locations, and direct its ticket vendors to accord priority to persons with disabilities in selling those seating locations. The company will provide a total of 54 aisle transfer seating locations for persons who are able to transfer from a wheelchair into a seat, and eliminate approximately 200 individual barriers to accessibility in theater restrooms, concession counters, waiting areas, and box offices.

Jujamcyn also will pay a $40,000 civil penalty to the United States. The company will undertake the structural improvements as the schedules of shows at the theaters permit.

The suit and settlement was the result of an investigation and negotiation over several years, during which the U.S. Attorney’s Office identified various Americans With Disabilities Act violations at each of the five Jujamcyn theaters (all of the venues were opened in the 1920s).

“As New York City begins to reopen and welcome the world once again,” Strauss said, “we are pleased that Jujamcyn Theaters has worked collaboratively with the Office to improve accessibility at its historic venues, so that all patrons are able to enjoy Broadway.”

Jujamcyn has not commented on the suit and settlement.